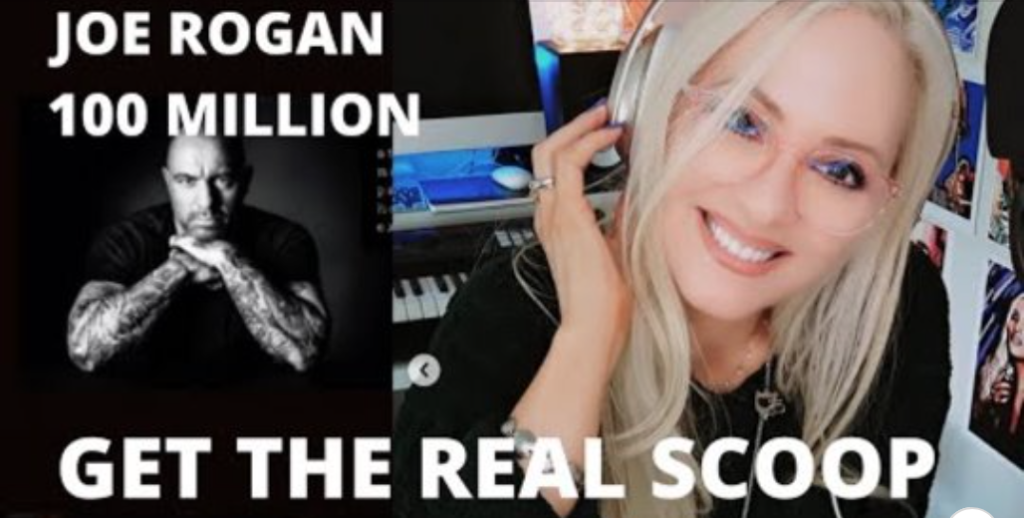 A discussion on why podcasts are now worth 100 million dollars..

#JoeRogan is leaving #YouTube podcasts completely and is moving to #Spotify podcasts after striking a $100m deal with them! What do you think this means for podcasting and content creators moving forward?

I’ll be telling you everything I know about this deal and what spotify planned as it came into this past few years. What it means for podcasts and music and we will hear from our listeners on what they think.

This is a great Joe Rogan Deal Reaction video you should watch so you can get all the facts.

What does it mean?

It means that Spotify is taking all of his content composed of mostly three hour podcasts away from all platforms including YouTube and hosting them exclusively on Spotify. Currently The Joe Rogan Podcast has about 190 million downloads a month across a variety of listening apps, including Apple, iHeartRadio, Stitcher and YouTube. According to the deal: Spotify paid $100 million for the Joe Rogan to gain all episodes exclusively both past and future episodes.

Spotify has been investing heavily in the podcasting landscape and has spent over 250 billion on podcast technology. At present, Spotify is the worlds largest streaming service of which podcasting equates for 25% of all Spotify listens.

As a publicly traded company Spotify needs to constantly be making big moves to increase their bottom line for their investors. This means they need to go after high end money makers. Knowing how big players evolve you can expect Spotify to keep making moves on signing exclusives.

Who do you think may be the next 200 million exclusive podcast or artists?

What is means for Spotify Podcasts:

Just increased the amount of money top podcasts bringing in those big numbers are worth. It’s going to help educate the advertisers on the value of marketing on a podcast and probably steal many of those advertising dollars away from YouTube to Spotify. It will also trickle down to smaller podcasts which will provide a very niche reach for advertisers to access. It’s also going to change the way we look and consume podcasts.

There’s going to be a video content side to what was a very passive style content. This in turn will birth a lot of new influencers and expand the educational podcasting platform. If you also consider that this move is telling the story of how a 3 hour conversation is possible compared to the previous though that people are only capable of tuning in for 3 minute bites.

YouTube is panicking because they are losing their top video Podcaster. No comment has been made on if YouTube was offered an option to beat the bid but it’s certainly going to have to watch carefully as Spotify no doubt will be looking to poach more of its big fish.: Paul Logan?

For the Music Business :

Currently Spotify pays artists a small share of streaming royalty directly but has made it clear that they don’t find that to be enough to support their bottom line so it made a huge move into podcasting last year.

They sank 400 million into the purchase of 3 major podcasting networks including Anchor fm which hosts and partners with us here at AVA Live Radio.

The reason stated was obviously for the ability to leverage ads across popular podcasts. It brings in more money and of course improves their bottom line for share holders.

Look at the numbers:

By casting their net catch youtube’s biggest fish at 100 million they gained 1.7 billion on the market. Imagine if they start offering music artists like adel or Ed Sheeran exclusive deals?

Deals that would push out the labels saving artists that 50-80% rate they pay their labels for pushing the upload button on music distribution. This would essentially put Spotify in the position of becoming the streaming platform and the record label. As this tiger comes for all the big game, could this mean that Spotify will keep eating up all the podcasting market, video and music?

It has to keep expanding in order to keep its market share up and if this deal made that much money the image what’s next.