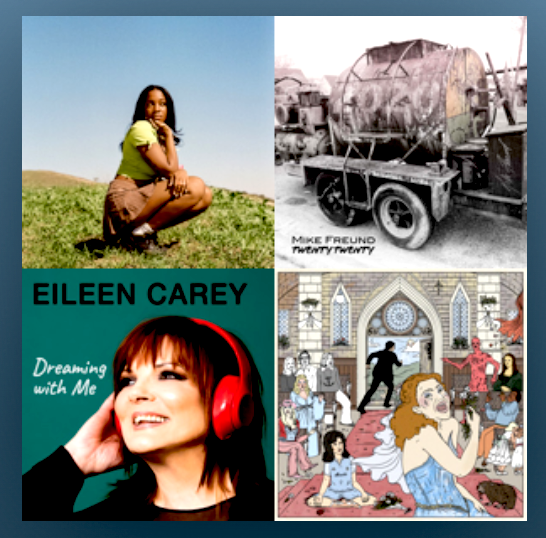 Todays Indie songwriters are focused on creating music that resonates with a socially conscious audience. Check out these amazing new tracks that have just been released and add them to your own playlist.

“BREATHE” was written as a serenity prayer of sorts. It’s directed towards a sibling who struggles with the ups and downs of everyday life. The song is intended to be a reminder for all of us, to not sweat the little thing and just “Breathe” Mike Freund, a hard working rock wanderer originally from New Jersey, who transplanted to and is now based in Charleston, South Carolina. He is a veteran singer, songwriter and no-joke guitar slinger who has been entertaining Rock & Blues fans up and down the East Coast for years. He and his band released their new album “Twenty Twenty” in February 2022. Mike plays a melodic mix of multi-elemental rock and roll which he plays from the heart. This marvelous album contains a wealth of entertaining songs layered with soft rock, American folk, blues and a dash of country rock for good measure.

New Release: All I Ever Asked.

Breakout artist Rachel Chinouriri arrives with her latest single, “All I Ever Asked.” The fresh new pop single from this London based alternative-indie-pop singer songwriter is a melodic and introspective light story about not settling in a relationship.

New Release: Dreaming with me

“Dreaming with Me,” brings out a sense of inspiration, inciting the feeling that a positive impact can happen with just one person.

Band Name : Cabela and Schmitt
New Release: Loving Arms
Music Genre: Folk/Rock
Vibe: Happy
Located in: Nebraska and Colorado
Sounds like: Can’t put a name to it just now, but it probably sounds like someone.

‘Loving Arms’ by American Songwriting team Cabela and Schmitt reflects on how love, patience, and encouragement can heal a broken past.

A few years ago, big changes were happening for a few people in my life. I think the general theme of “A New Day” was mostly inspired by these changes happening around me.

“Nashville”, the opening track on If My Wife New I’d be Dead, is an absolutely perfect modern country song. Every aspect of “Nashville” absolutely soars, from the strings that play it in, the glitz and glamor of the bells and whistles that fill the sound out and, above all else, the powerhouse voice of CMAT (aka Ciara Mary Alice Thompson). On the surface, the lyrics about running away to Nashville are about as traditional country as one can get, but beneath the surface are lyrics that describe the masking of a deep depression. Throw in references to both the rodeo and K-Pop and you get a song that would get even purest fans of classic country fans singing along with the most ardent popheads. Remarkably, just about any of the eleven songs that follow “Nashville” could also be described in just about the same manner.

UK songwriter Alan Garmonsway focuses in on the idea that everyone needs their own lighthouse, that special person who watches out for you, guides you, inspires you, keeps you safe.