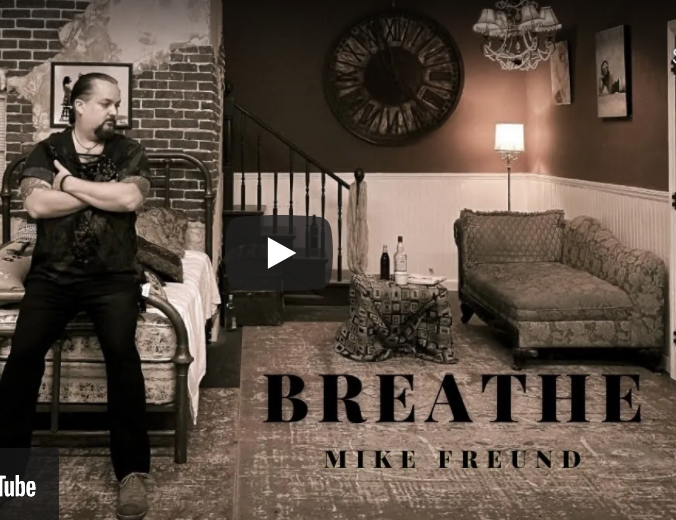 “BREATHE” was written as a serenity prayer of sorts. It’s directed towards a sibling who struggles with the ups and downs of everyday life.

The song is intended to be a reminder for all of us, to not sweat the little thing and just “Breathe” Mike Freund, a hard working rock wanderer originally from New Jersey, who transplanted to and is now based in Charleston, South Carolina.

He is a veteran singer, songwriter and no-joke guitar slinger who has been entertaining Rock & Blues fans up and down the East Coast for years. He and his band released their new album “Twenty Twenty” in February 2022. Mike plays a melodic mix of multi-elemental rock and roll which he plays from the heart. This marvelous album contains a wealth of entertaining songs layered with soft rock, American folk, blues and a dash of country rock for good measure.