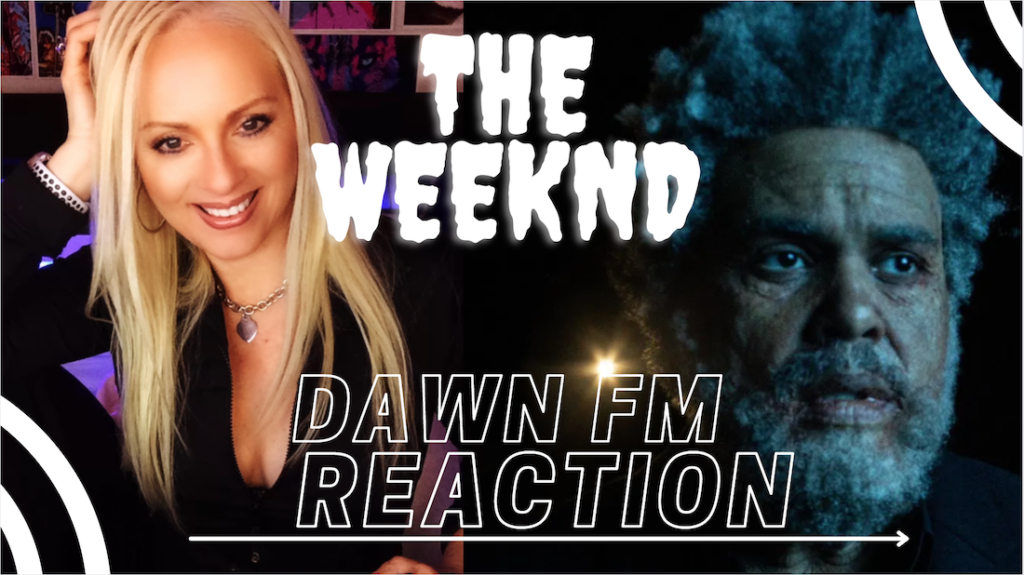 Almost two years after putting out After Hours, the Canadian star’s (born Abel Tesfaye) 5th studio album is out now and we are all celebrating his incredibly creative new project.

The album’s 16 tracks expand on the artists sonic palette of dark synths, funk-inspired riffs from the 80’s and obvious nods to Michael Jackson especially in the vocals.

There’s a hopefulness to this record but it’s mired in uncertainty. While the possibility of redemption and change are ever-present, Tesfaye seems too be at odds with himself to grasp them as well. From song to song he seems to be torn from wanting to rectify his past transgressions to simply succumbing to the man he’s tried so hard not to be. Is this purgatory? Is this what happens when we meet our maker?

Canadian actor Jim Carrey is featured throughout the album, serving as narrator in the style of a late-night radio DJ. He first appears on the opening and title track: “You are now listening to 103.5 Dawn FM,” he says, soothingly. “You’ve been in the dark for way too long, it’s time to walk into the light and accept your fate with open arms. Scared? Don’t worry. We’ll be there to hold your hand and guide you through this painless transition. But what’s the rush? Just relax and enjoy another hour of commercial-free-yourself music on 103.5 Dawn FM.”

The Weeknd uses narration and interludes from both Carrey and Jones to set a thematic tone as the album progresses. Through Jones, the listener learns that this is a journey into confronting how early trauma and dysfunction impact our relationships later in life, while Carrey poses metaphysical and existential questions on the aforementioned final track, “Phantom Regret by Jim.” “How many grudges did you take to your grave/ when you weren’t liked or followed, how did you behave?” he asks, St. Peter-like, evaluating life’s ledger at the pearly gates. “Was it often a dissonant chord you were strumming/ were you ever in tune with the song life was humming?”

Check out this playlist for 10 artists who were inspired by The Weeknd. <here>

808 is about how the song makes you feel as it surrounds you with its full bodied bass and complex Hip-hop inspired rhythms. 808 was written to sound sensual; to remind listeners of intimate moments they’ve had or longed for with someone they desire. This song was purposefully created to parallel that feeling with that of creating something sonically that others love to hear.

Walking on The Moon Carsten Remix

Born and raised in the Mediterranean Island of Sicily, Nico David is a Singer/Songwriter with a significant Theatrical Background and a deep Soulful Sound. His voice is pure expression of modern Pop/Soul. It always makes you dance and move, embracing you with Essential and authentic lyrics about Non-ordinary Love, Immigration, Self-Acceptance, featuring his Voice and Guitars as lead instruments.

“Don’t let go” is the first single off the sophomore album “Will See You Now”. We’ve also released it along with the music video.