NEW VIDEO about a Toxic Relationship from Chlöe Is A Scavenger 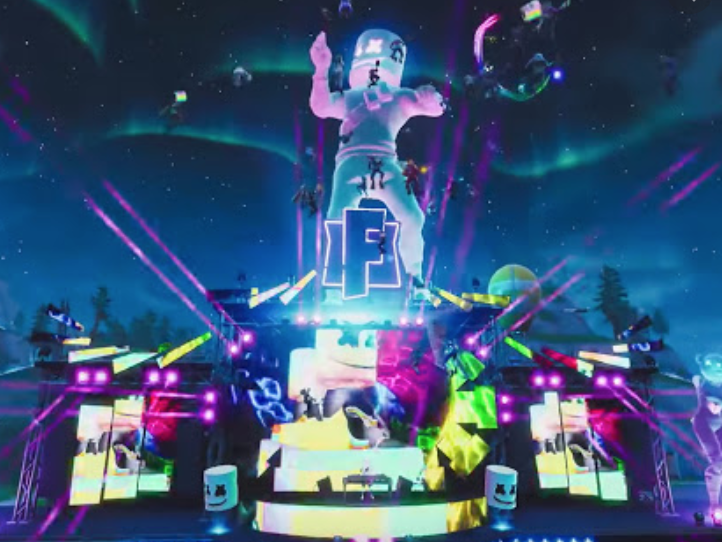 Video game concerts have emerged as an innovative workaround to the loss of social life spawned by the COVID-19 pandemic. It’s easy to see the appeal: Concerts in these 3D worlds are more dynamic and immersive than 2D live streams of artists singing to front-facing iPhone cameras.
100 Gecs, were throwing a music festival inside Minecraft, called Square Garden. The Minecraft servers were overwhelmed, but we managed to hop onto the official Twitch stream right as Charli XCX launched her set with a gloriously inspired remix of Soulja Boy’s “Crank Dat” x “Vroom Vroom.”
Last week, Travis Scott drew over 28 million viewers for Astronomical, his intergalactic world tour in Fortnite.

The week before, Soccer Mommy hosted her listening party in the kids game Club Penguin, after initially overwhelming the server with fans.

And on April 11, American Football headlined a coronavirus-relief festival in Minecraft called Nether Meant, rallying over 112,00 unique viewers on the accompanying Twitch stream and raising over $8,000 for the charity Good360.
Square Garden and Nether Meant were organized by Open Pit, a volunteer-run collective of event organizers who’ve been dreaming up virtual festivals since 2018. In the past, they’ve thrown Minecraft concerts like Coalchella, Fire Festival, and Mine Gala, coordinating everything from lineup curation to building the in-game festival grounds.

Have you seen this Live Music Stream currently happening daily on AVA Live Radio?
If you love discovering and supporting new up in coming artists, DJ Jacqueline Jax hosts 2 shows a day streaming music from indie artists all over the world. Her fun infectious personality is entertaining and making music fans and artists feel alot less alone in the world and certainly more connected.

One of the original names in live streaming is well-prepared for entertaining in isolation and has been quick to pull together a Streaming from Isolation series of broadcasts. Look out for regular live shows and classic sets from previous years. We can recommend Dixon’s live stream, complete with mind-boggling visuals. There are a huge number of streams going live, so it’s already a massive resource of live DJ sets and performances, including exclusive new shows from Floating Points, Peggy Gou, Ellen Allien and more.

Veteran French record producer has been doing a daily live stream on his Facebook page, mixing records, wearing loud outfits, and generally doing his best to entertain his followers. It’s well worth a look – the archive of performances are up on his page for repeat viewing.

One of the biggest record labels in dance music is hosting virtual festivals of live DJ streams – and dancers! – to keep us entertained. Expect big-name DJs and the chance to watch back at your leisure on Facebook.

If you want to hear a soothing voice in these uncertain times, then you should head over to Norah Jones’ Facebook page. Jones is performing live every week, most recently with a series of Willie Nelson covers to mark the great man’s birthday. The streams are Thursdays at 10pm (BST).

Other Stories:
Finland invited the entire country to a virtual concert in an online version of its capital city — take a look https://www.businessinsider.sg/finland-virtual-reality-concert-may-day-during-the-coronavirus-2020-5#.Xq7LzJQS3hg.twitter