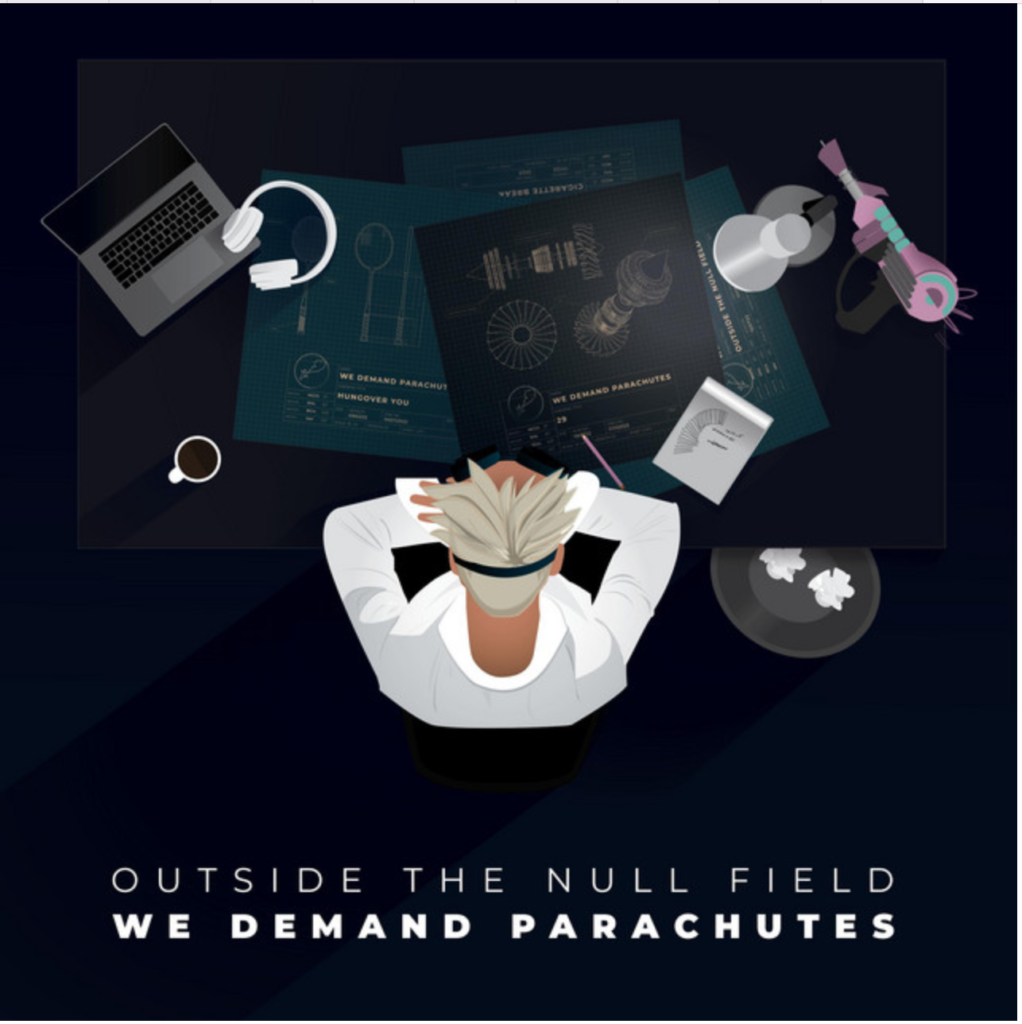 Described by New Noise Magazine as pop-punk risers, We Demand Parachutes aim to continue that journey with the self-reflective “Outside The Null Field.” This record is a series of stories, written over years, deployments, rehearsals, breakups, and breakthroughs all culminating with our collaboration with producer, Alan Day, who was able to understand and distill those moments. Outside The Null Field is less a coming out party and more an assertive declaration of arrival.

“The new single is pensive and thoughtful with a smooth start melting into edgy guitars as the band gives the audience a push and pull musical journey. The band slides into a full on pop punk rock frenzy midway through with explosive drums and skilled instrumentation. It leaves me wondering what this band can really do musically as the talent is clearly there yet not nearly explored on this single. ” Review by Jacqueline Jax

We Demand Parachutes are an alternative rock and pop-punk band hailing from Boston and Brooklyn. This year We Demand Parachutes played Virginia’s Blue Ridge Rock Festival, one of the largest rock festivals in the country, and is currently supporting their debut record, produced by Alan Day of Four Year Strong.

For We Demand Parachutes, the ideology is simple; work with purpose, be grateful, be humble and play every show like it’s the last. The group was incepted originally when guitarist and vocalist Kevin McCord was deployed overseas with the United States Military, while bassist and programmer Seth Richardson and drummer Ben Shumaker were working in live sound.

In late 2016 Kevin started sending ideas from a deployment in Africa back to Seth and Ben. After a few demos were passed back and forth it was clear We Demand Parachutes were meant to be writing and producing music together.

In January, the group met Alan at Ghost Hit Recording in West Springfield, MA and began working on a record together. That record, “Outside The Null Field,” was released on November 11, 2022.