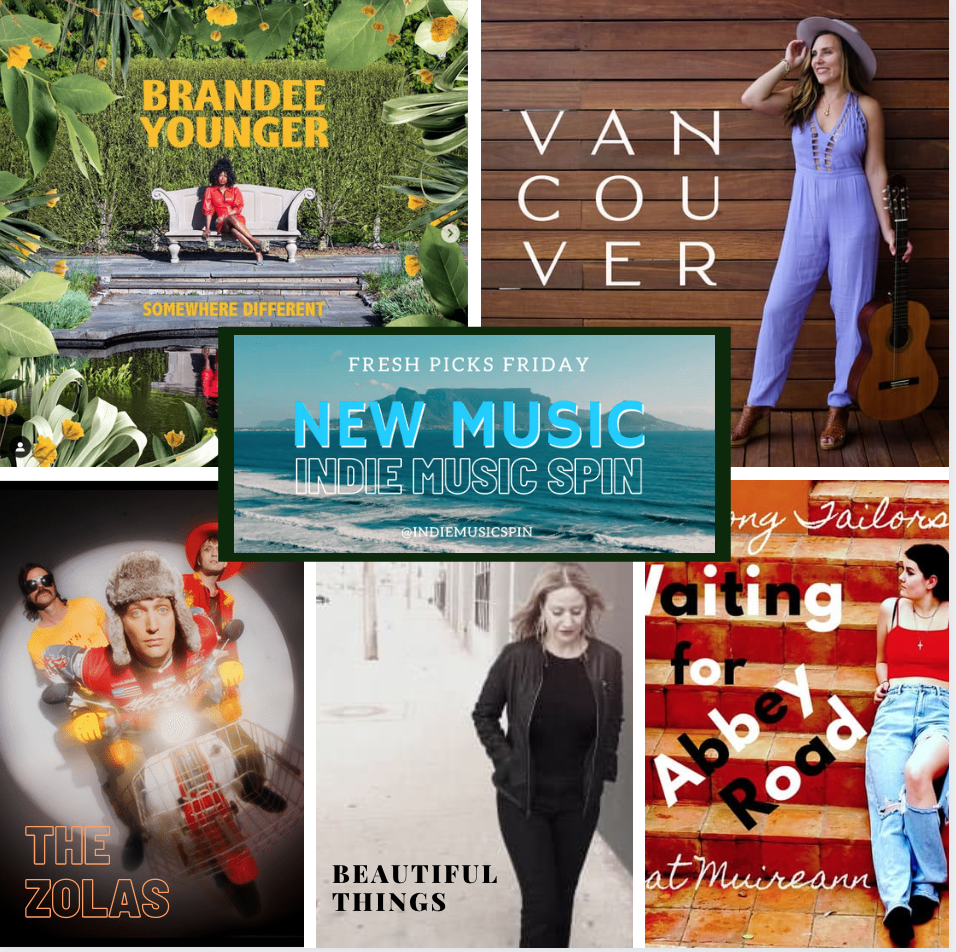 Vancouver indie rockers The Zolas ‘I feel the transition’ from the Come Back to Life album is a driving force calling out for a shift in perspective towards having hope, faith and inspiration to move forward. It’s a perfect summer vibe after spending a hash winter in doors.

From the Album ‘Come Back to Life’

Ruth Picker from The Song Tailors has this special way of telling a story. Her beautiful character really shows in her work and every song stands above the rest with passion, positivity and heartfelt emotion. Her songwriting is engaging so when you listen to her lyrics you really connect with the story teller.

With a fragile yet soulful vocal, Jules Schroeder opens our eyes to the hope of a brighter road ahead while longing to have a lost love by her side on new single ‘Lonely Roads’ from her New 2021 Summer Album ‘Vancouver’.

From the Album ‘Somewhere Different’

‘It’s All Right’ by Beautiful Things is about getting through tough times and realizing that you are finally ok, but you will never be the same.  In many ways, this single feels comforting after the world has gone through so much change.

Alt-rock band Mother Mother, has had a whirlwind year despite the world being on lockdown. After over a decade of releasing music, a new global audience discovered the band via TikTok, resulting in rapid growth across all platforms and a Rolling Stone feature on this unique artist development story.

In Mother Mother’s home country of Canada, they’ve had many top 10 singles on the alternative radio charts, including #1’s for weeks on end and the crown of most airplay for any alternative act at radio for multiple years running.

From the ‘Inside’ Album