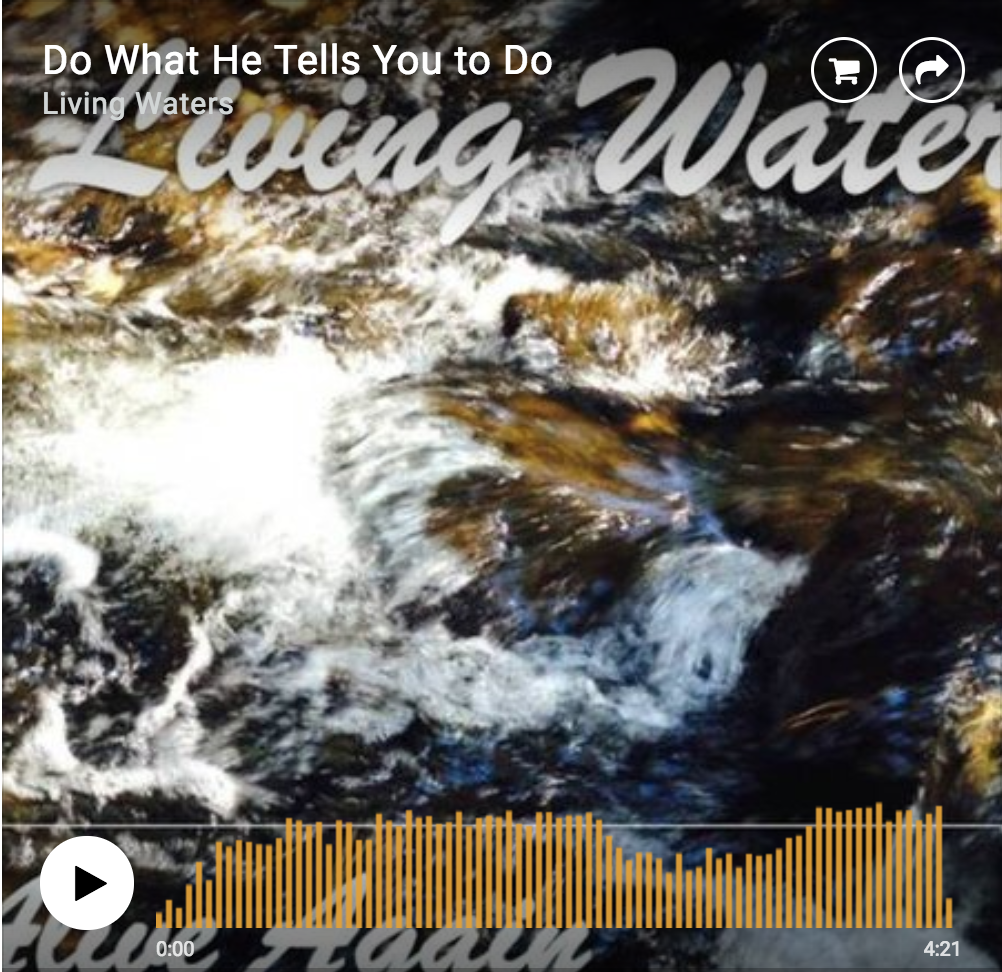 Name of song.. Do What He Tells You to DO

Genre / Sub-genre : Christian Rock/Blues
Living Waters has been around since 1976, but they are still recording. Their recent EP “Alive Again”, specifically “Do What He Tells You to Do” has won several awards. The music is rooted in the 70’s & 80’s, but also has a certain ‘timeless’ quality to it gathering a niche audience with every new release. This song is full in this tradition. The band has performed it live to a great reaction.

“Most describe it as ‘inspirational’ or ‘uplifting’, a cry of joy.”

Winner of an Award for Best EP, Contemporary Christian in September.  One song, “Peter the Rock”, was presented to John Paul II by Ambassador Raymond Flynn. On the very first Top Ten Countdown for Catholic Music on Adoration Radio; achieved #1 on that Countdown. The Platinum Auddy Songwriting Award from uplaya.com was given to “Love’s in a Name”. Living Waters was Nominated as “Best Rock Artist” for the 2014 Artists in Music Awards for “Booze Blues Cruise”. Recently, we won the 2017 Radio Music Award for Contemporary Christian Song, for “Do What He Tells You to Do”.