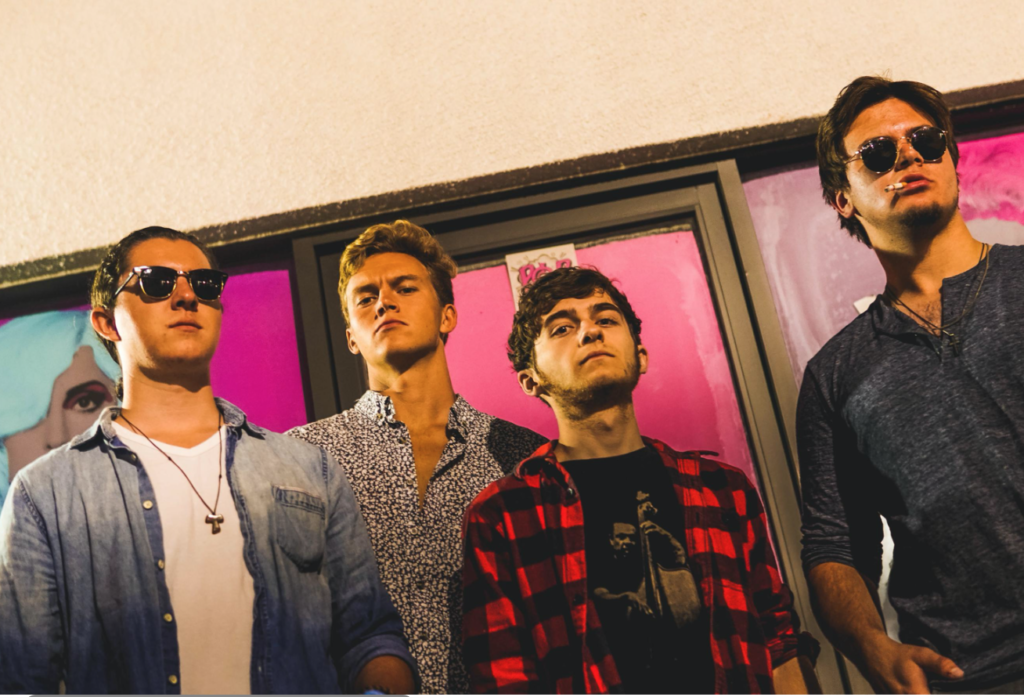 If you are a fan of Velvet Revolver,  Stone Temple Pilots, or Guns N Roses, you may want to turn your attention to this hot new rock band from Los Angeles, California.

High Street  started back in the late 2000s in the attic of the Findling household in Chicago.

Young middle-schooler, Erik and his older brother Kurt on drums, assembled a group with some of their musically inclined classmates. Starting as a classic rock cover band, they had hoped of playing a few parties around the neighborhood. However, they did not realize this would be the beginning of a very long journey. With Erik’s exceptional creativity, three EP’s of original music were soon professionally recorded by prominent producers in the Chicago area, such as Sean O’Keefe known for his work with Fall Out Boy and the Plain White T’s. The Chicago Club circuit quickly took notice and booked them all around the city at venues such as the renowned Double Door, Subterranean, and Hard Rock Chicago. This was the beginning of a new chapter for the band that would take them to the next level.

Nevertheless, just as they were gaining momentum, Erik, the youngest of the group, watched the band dissolve as the other members went off to college. Alas, the band was no more. On his own, Erik went on a personal path to develop as an artist, exploring new genres of music such as Jazz and Classical.

Shortly after moving out to Los Angeles, Erik found the inspiration again to revive High Street permanently. This time, a new and improved lineup has been set in place to start right where they left off. With a music video on YouTube to support their single “Shut Me Out”, the band is currently in the midst of scheduling 2020 tour dates to promote their latest EP.

Right now we are currently finishing auditions for a new lead singer and are now in the midst of scheduling our tour dates for 2020. to support our latest EP!

New Release: Shut Me Out