New Single from Metal Band Sepsiss on FAIR TO SAY 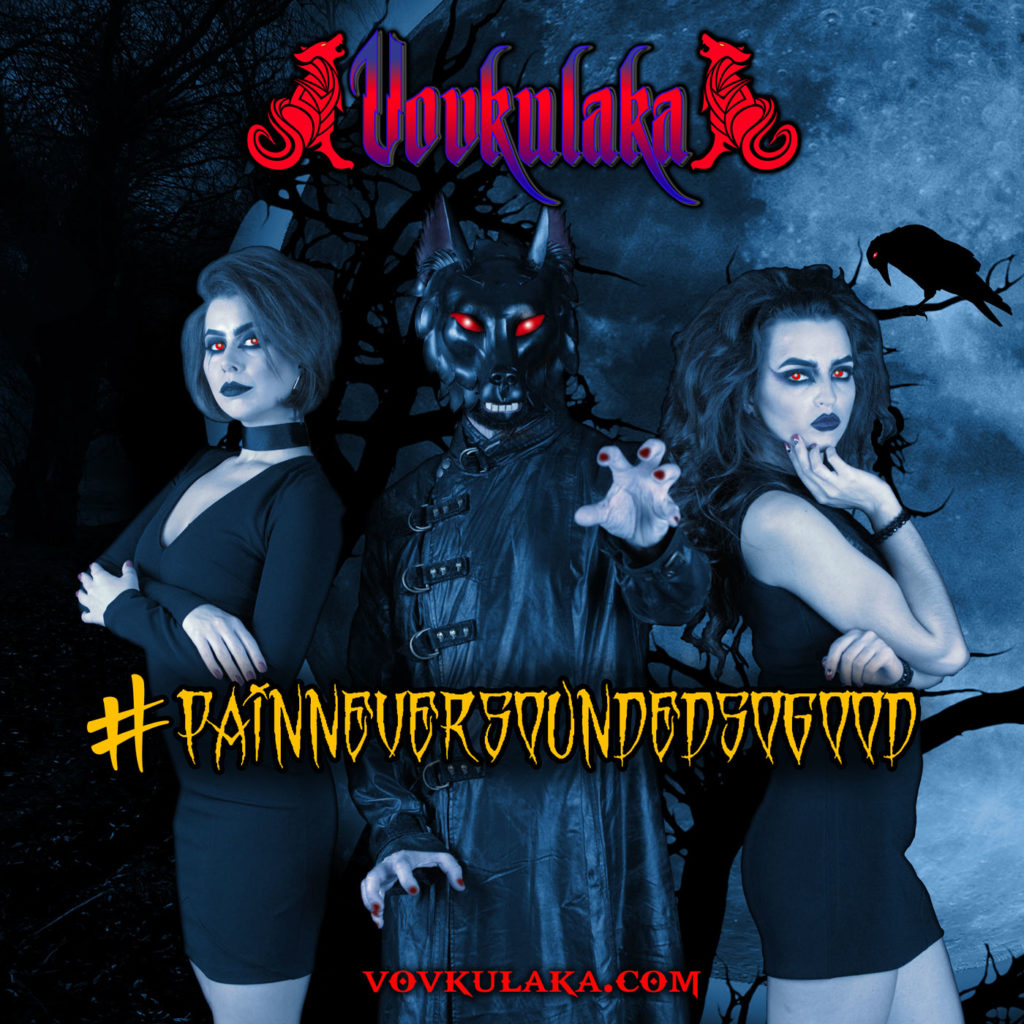 Do you run or stand your Ground?

Imagine you’re in an Haunted Forest…All around you, you’re circled by Evil.

Our message? Stand Your Ground… Walk into the Fear. Face yourself and then you’ll see…

Tortured cries from the supernatural haunt the punishing mystical metal of Ukraine’s Vovkulaka. The band’s singer-drummer-songwriter VolK is a dark conduit for paranormal activity and channels his explorations in this realm into his band’s tribal and occultist thrashings.

The results are brutal and anthemic—white knuckle-rides that add new flesh to the bones of Korn, Pantera, Rob Zombie, and even Babymetal. Live, the band is something like a sexy séance, with a trio of musicians being joined onstage by a pair of stunning female dancers moving ceremoniously to the cathartic musical onslaught. Vovkulaka’s longtime producer is modern heavy music legend Darian Rundall (Pennywise, Suicidal Tendencies, Yellowcard). Internationally, the group is spreading its infectious call to arms #painneversoundedsogood with one-off shows, and making festival appearances back home in Ukraine, in Europe, and, in the near future, in the U.S.
https://youtu.be/HOhE7naMADQ

The tale of Vovkulaka dates back to a trip to the Ukraine where VolK’s interest in mysticism spurred him on to investigate a fort from the 1600thcentury.
The location was the site of heinous torture, and the spirit of a Polish princess killed there haunts the ancient location to this day. During this visit, VolK had a song epiphany themed around the colors of the Ukraine flag.
At the time, the political climate was reaching a boiling point. Fired up, VolK wrote the opening salvo of what would become his life’s work: Ukraine-based and paranormal-themed malicious metal. Upon his return to United States, VolK began his working relationship with iconic producer Darian Rundall, and his studio association with fleet-fingered guitarist Stone from the metal band Contortion.

Who’s in the Band:

The quartet was founded in 2014, and is primarily based in Odessa, Ukraine, but it also includes members from Bulgaria and the United States. This international metal powerhouse features VolK as founder, drummer, singer, and primary songwriter; Naya G and JuleZ as highly-trained dancers and percussionists; and Ivan Manoloff as the band’s 7-string guitar whiz.
Website & social media links:
http://Vovkulaka.com
http://Twitter.com/VovkulakaMusic
http://YouTube.com/VovkulakaMusic
http://Facebook.com/VovkulakaFanPage