Robby The Elf The Meaning of Christmas Album Review

He’s the world’s first elf rapper, The King of Christmas Crunk, and one cool elf himself, he’s Robby The Elf  (@RobbyTheElf) and he has stolen our hearts this Holiday.

His fun New Album leading out with his 1st two singles “Somebody To Love” and “The Holiday Craze” is hitting the stream for Christmas fans to enjoy. The Christmas Crunk guarantees to bring a fun mix of catchy Holiday HipHop and Elf popping dance grooves. The artist has also touched on topics a bit more close to the heart this year such as: online dating, helping others, heartbreak, and stop the hate. 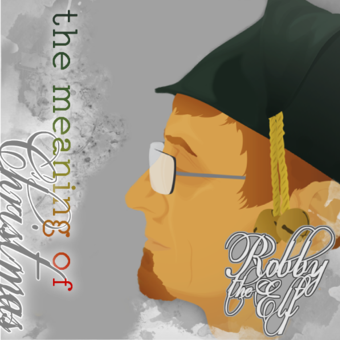 Even though his lyrics are filled with Holiday puns and snappy choruses, Robby is definitely setting out to inspire people to help others throughout the year and has set a whole new style within the Holiday Music Genre. The album is a perfect Christmas party gift to liven up any party. Get your copy now: www.robbytheelf.com

“Somebody to Love” has a fun Holiday theme single filled with popular social app references turning through a warm Christmas ballad. Robby The Elf if certainly full of surprises.

Robby The Elf pumps up our excitement as the “The Holiday Craze” approaches. Get ready for a loopy hip hop beat that rolls along with a unique rhyme about Christmas shopping frenzy. 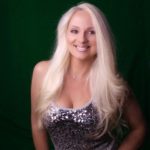 Note from the Artist:
Two songs, the title track and Christmas Forgiveness are given to charities to raise money. The Meaning of Christmas helps raise scholarship funds for www.ChicoraVoices.org and Christmas Forgiveness was donated to my church, St. Mark United Methodist Church Home . This album is a collection of music that not only helps others, but challenges others to help one another and become better themselves.

St. Mark United Methodist Church Home. Our Aim is to make disciples for Christ for the transformation of the world!

Help an elf, helping others help themselves. This album has funny moments, but it has more serious subjects involved. Online dating, helping others, heartbreak, stop the hate, are just a few issues I wrote about for this album.

Although until people hear my music and see what I do, they don’t take me or my music serious. But I am starting to see the influence I’m making. You will soon see a video I shot with a child in a hospital that made my day. While I discourage filth in music, I’m starting to see artists attempt to write cleaner lyrics. I’m getting more bookings for Christmas In July. Nursing homes are helping me with donations to buy presents for the kids in hospitals. Last Christmas Eve, I gave 2 pair of shoes to people in a local soup kitchen. This year, I hope to give 120 pairs of shoes.
I try to be imaginative in all my music. Although some critics say my music isn’t ‘Christmassy’ enough, it’s Holiday Hip-Hop that isn’t limited just to the holidays. I have always wanted to write and record Christmas music unlike anyone else and try to touch on subjects not ordinary and still be relevant to the holidays.

The music was composed by Kenny AKA The Beat Assassin, Diamond Style Productions, and Rob Burgess. Rob is my main man and engineer. All of the album was recorded with Rob in his studio. I control the direction of the music and have some input too. I have always attempted to surround myself with talent, and have several people involved including Najah, Vocals, and Joey Banks. Joey is the best guitarist I have ever met and is on 3 tracks.