New Indie Music from Artists that will Inspire you 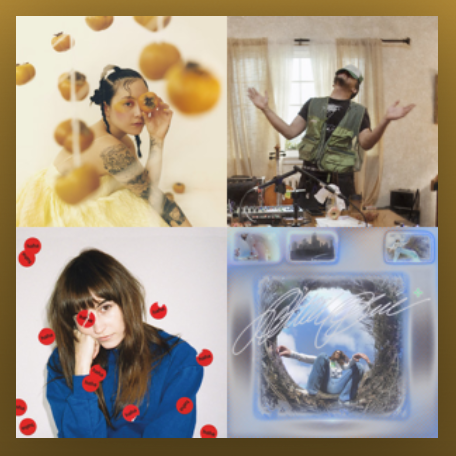 I love to discover new artists creating music that inspires me through their soundscapes and vocals. This list are my newest discoveries from today. It was tough to reduce my picks but I think you’ll find something special that you’ll want to add to your own playlists.

Having launched his first single in March 2020, St. Lundi went on to release his debut EP ‘Heavy Words’ August, as well as collaborating with Norwegian streaming mega-stars – Kygo and Seeb. An artist with a core talent for writing effecting love songs – St. Lundi’s voice has struck a chord with fans, many of whom have compared him with Coldplay’s Chris Martin.

Hailing from Perth, Australia, Blake Rose brings a depth to his music that is wise beyond his years. Marked by profound and picturesque lyricism, his songs are vibrant, powerful, and deeply authentic. At only 21-years-old, his single “Lost” was released to critical acclaim by the likes of Beats1’s Zane Lowe praising it on air. The track was instantly added to Spotify’s highly-coveted New Music Friday in the US, Canada, and a long list of other countries. Ones To Watch called his previous single “Hotel Room,” “not just a debut single, but a promise from the aspiring Rose to be a force of nature.”

LOVA emerged as Sweden’s most in-demand new musical export in 2018 with a combination of truthful and thought-provoking lyrics and massive melodies. Following the arrival of her debut EP Scripted Reality, she quickly garnered the praise of The Guardian, Refinery29, GQ, Idolator, EARMILK, Hillydilly and more. Not to mention, P3—Sweden’s biggest radio station—named her breakthrough single “You Me and The Silence” as its “most played song of the year by a Swedish artist” as cumulative streams over 14 million and counting. Additionally, she received a nomination in the category of “Best New Artist” at the P3 Guld Awards 2018 and “Best Pop” at the same show 2019 —Sweden’s equivalent of the BRIT Awards. Plus, YouTube Music proclaimed her an “Artist to Watch” for 2019. She’s providing a powerful perspective on pop with a purpose.

Corpus Christi by Austin Songwriter Ronjo V is about a moment in time I imagine many of us have experienced that feels desolate and lonely. Generally laid back, I like to create a mood or landscape that puts the listener in a zone of sorts. We’ve recently been getting more into a songwriter/folk spectrum. We are working towards releasing an album. We’ve put together a solid collection of tunes over the past year and look forward to releasing it 2022. <more>

Cidhna Hall by XUINN touches on the nostalgia that everyone feels for their childhood when things were simpler and far less stressful. It’s a somber letter to the child I no longer am, disguised by a happy, upbeat tune. A lot of my music has deep themes about depression, anxiety, and just everyday troubles. <more>

Life is made up of choices, though somehow, we can become drawn to even the worst circumstances. Despite acknowledging the toxicity and errors in a relationship, we seem to always come back for more. A fever we can’t shake, a love that consumes us. A love so toxic yet so beautiful, we become a slave to it. A beautiful nightmare – you’ll do anything to keep. ‘Fortune Teller’ by Canadian songwriter Selena Victoria captures just that – knowing the flaws but still choosing to stay. To hope for a better tomorrow. As I’ve said in previous articles, my brand and overall goal for my music to be able to reach others on a personal level. With this song, specifically, I want it to represent that it is okay to believe in the good in life. Believing in the good and having a good heart is not a punishment; it’s a gift. <more>

A Clean Slate’ by Hanna Vox began as an expression of heartbreak. As her first love felt more distant than ever, she felt alone in the world, and comfort could no longer be found within. She could only comfort herself with a single wish – to be reunited with the person she fell in love with. <more>

My music is called DUB-FUNK it’s a mix of electronic music funk and rock, Alternative hip hop. I love experimenting with different styles this is how I feel I came up with this style of music. Having been influenced by bands like Boom Boom Satellites an artist like Jimi Hendrix, Prince, Parliament funkadelic have all played a very important role in my development. The instrumentation in this song took me into a different direction because there are no vocals the instruments are the vocals in this particular track. It is crying out to the world in a very bombastic way about the changes that are coming some good some very bad it’s the battle cry for 2022!

Njordlyd Voices is a brief journey through my “head” . Originally this release was supposed to happen in mid-February 2022; however, all these little voices and noises constantly ”talking” or “communicating” with me allowed for a very responsive process and quickly developed into a whole idea and concept. <more>

We are a trio of friends who have been collaborating for over 40 years. We are all given a voice, in some way or another, to communicate how we see and experience the world. We have chosen to expose our thoughts, beliefs, and feelings in the best way we can….through a song.

Downpour by Marc Killian talks about the destructive force of depression. Downpour is a fast-driving rock track about feeling lost or trapped. Depression and anxiety can be destructive forces in our lives. <more>

‘Dancing in the Blue Room’ by The Song Tailors featuring Liam Isaac is a catchy upbeat song based on a true story of the moment of finding true love. <more>

Miss You by Berg was written many years ago when it was experienced. It means a lot and also becomes a reminder of how vulnerable love can be. <more>