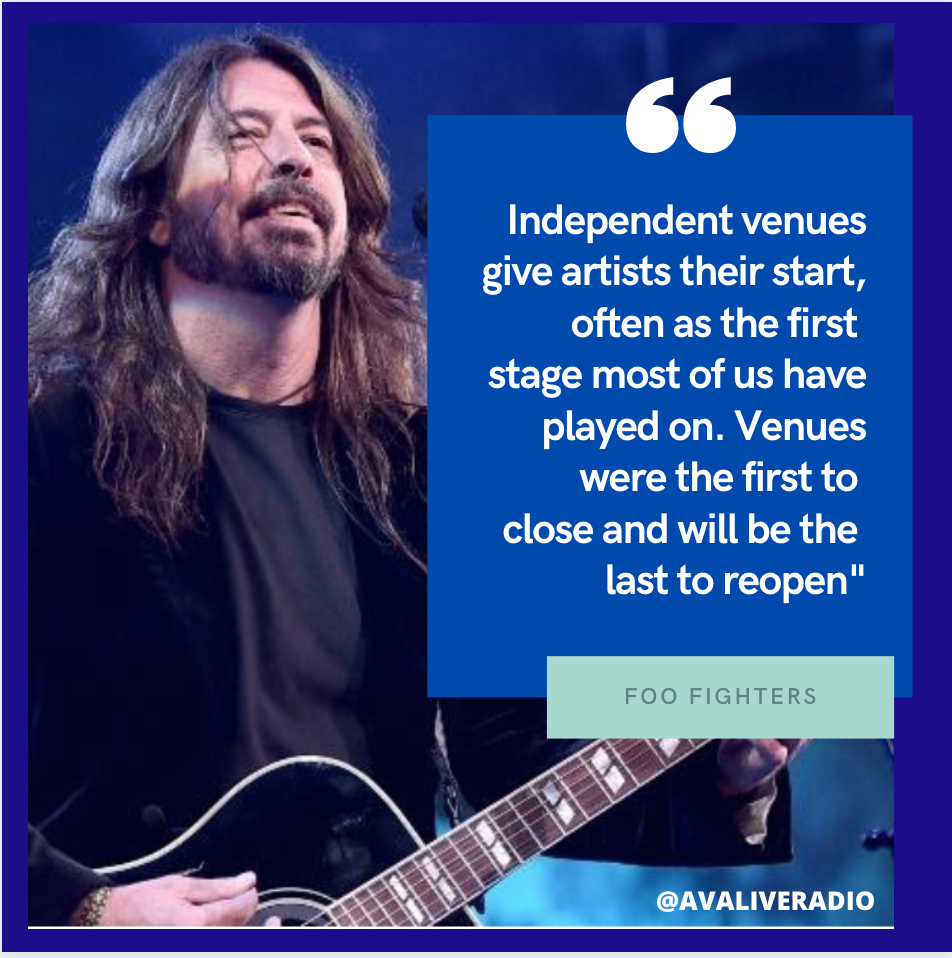 The live music industry has been one of the hardest hit in the wake of the coronavirus. Venues were the first to close and will be the last to open; however, owners will still be responsible to pay rent, mortgage, utilities, taxes, and insurance. The National Independent Venue Association (NIVA) has been vocal in its request for government aid during these trying times, and more than 600 artists, including Foo Fighters, Coldplay and Billie Eilish, have signed an open letter asking congress for support.

“Independent venues give artists their start, often as the first stage most of us have played on,” the letter reads. “These venues were the first to close and will be the last to reopen. With zero revenue and the overwhelming overhead of rent, mortgage, utilities, taxes and insurance, 90% of independent venues report that if the shutdown lasts six months and there’s no federal assistance, they will never reopen again.”

“We are asking you to support NIVA’s request for assistance so these beloved venues can reopen when it’s safe and welcome us and our fans back in. The collapse of this crucial element in the music industry’s ecosystem would be devastating,” it continues. “Independent venues are asking for an investment to secure their future, not a handout. One Chicago report found that every dollar small venues generate in ticket sales results in $12 of economic activity. If these independent venues close forever, cities and towns across America will not only lose their cultural and entertainment hearts, but they will lose the engine that would otherwise be a driver of economic renewal for all the businesses that surround them.”