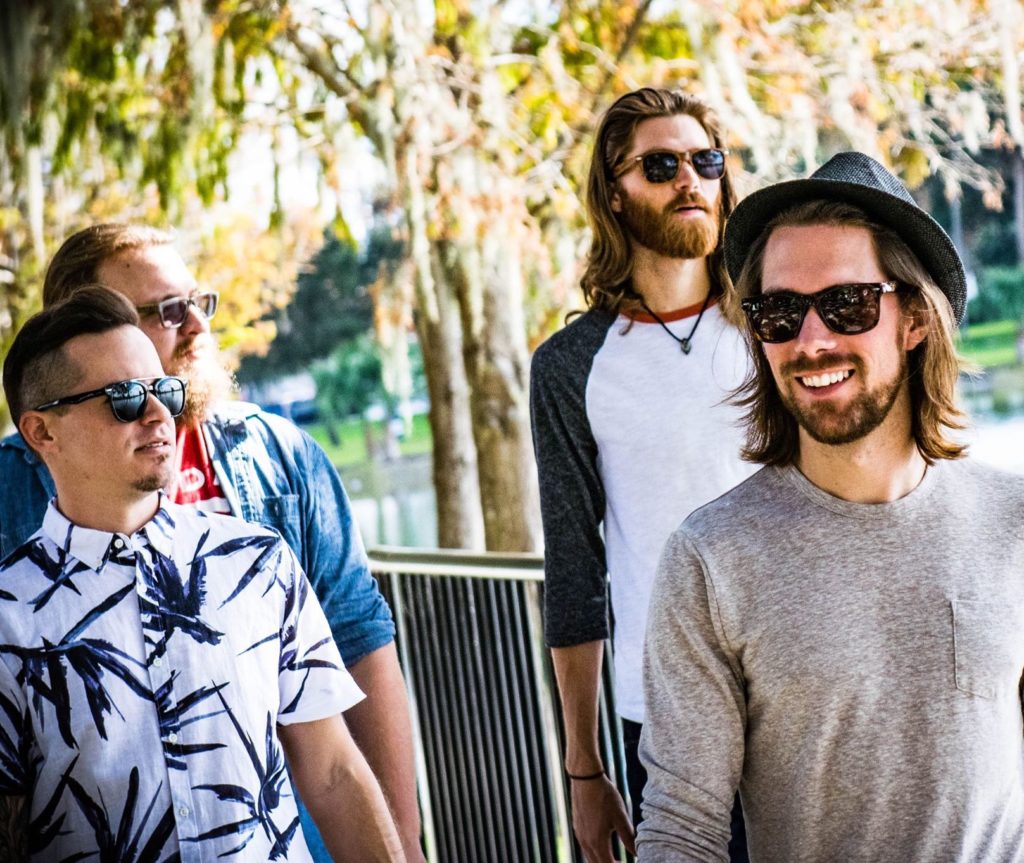 After years of writing songs throughout college, Jonnie Morgan, (rhythm guitar, lead vocals) decided to put together a band in late 2009 seeking musicians from all backgrounds and influences in an effort to form a band with a unique, yet unforgettable sound.  Morgan remembers seeing Jeremy Adams (bass guitar) for the first time in a local UCF pub and thinking “I have to play with this guy.

He was one of the most incredible bassist I had ever seen and it didn’t hurt he played on a 6-string.”  Over the course of the next 6 months, Morgan and Adams spent countless hours jamming with musicians around Orlando, looking for the right fit for the sound they wanted to create.  Over the years, they have developed into a jam band with a singer songwriter twist.  They are often seen bringing different instruments and players on stage to give each show a unique experience for the fans.

In 2015, JMB had the opportunity to headline the Florida Music Festival and open up for notable acts:  Sammy Hagar, Relient K and Zach Deputy.  The band has recorded two studio albums (Reflections in the Water, Janus) and a live album (Jonnie Morgan Band: Live from Sunfest ’15).  Morgan has often been quoted as saying his ultimate dream would be to sell out amphitheaters and arenas.  JMB is currently in the studio working on their 4th album.

* Soundcloud link for your song: https://soundcloud.com/jonniemorganband/walk-around-the-sun

* Spotify link for your song: https://open.spotify.com/track/7lpxTKfWa6B4cM5UUMJ9Ou