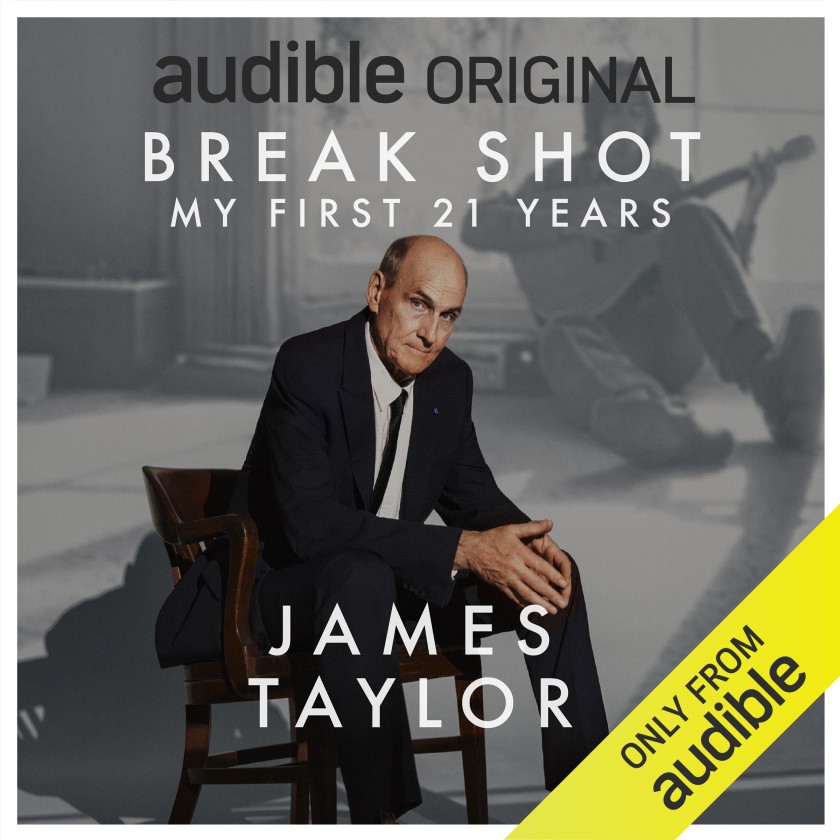 James Taylor is out with his audio memoir titled Break Shot Friday.

In the memoir, Taylor recounts his life story and music career, beginning with his upbringing in Chapel Hill, North Carolina, during which he and his four siblings were immersed in music at an early age. He takes listeners through his traumatic teenage years, when he admitted himself into a Massachusetts psychiatric hospital in 1965. He also recalls releasing his self-titled debut album on Apple Records (he was the first American artist to be signed on the Beatle’s label) and his steady rise to fame with 1970’s Sweet Baby James.

The memoir was recorded at TheBarn, Taylor’s home studio in Western Massachusetts. The interviews were conducted by long-time music journalist and former MTV executive Bill Flanagan. “I’ve known Bill Flanagan and admired his writing forever,” Taylor said in a statement. “So I was happy and relieved that he had agreed to help me gather my thoughts and edit this autobiography of my beginnings, the on-ramp to the road I’ve traveled ever since.”