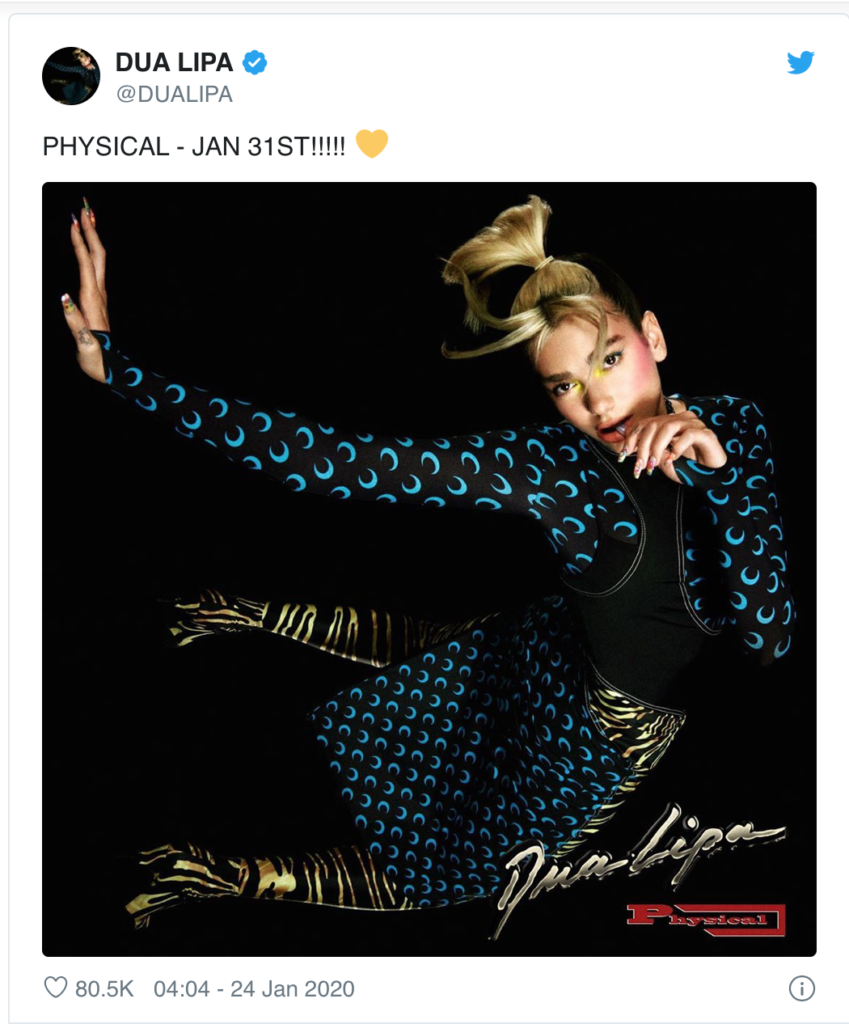 Earlier this month Dua shared the single’s artwork, which shows Lipa with her body contorted in an outfit of clashing prints and her half blonde, half brown hair tied up on top of her head.

“What I wanted to do with this album was to break out of my comfort zone and challenge myself to make music that felt like it could sit alongside some of my favorite classic pop songs, whilst still feeling fresh and uniquely mine,” she said.

“I was inspired by so many artists on the new record fromGwen Stefani to Madonna to Moloko to Blondie and Outkast, to name just a few.

“Because of the time that I’d spent on the road touring with my band I wanted ‘Future Nostalgia’ to have a lot more of a live element, but mixed together with modern electronic production. My sound has naturally matured a bit as I’ve grown up but I wanted to keep the same pop sensibility as I had on the first record.

“I remember that I was on my way to a radio show in Las Vegas thinking about the direction for this new record and I realized that what I wanted to make was something that felt nostalgic but had something fresh and futuristic about it too.”

Lipa is set to take the album on the road this spring, with the UK and Ireland leg of her ‘Future Nostalgia’ tour kicking off in May.