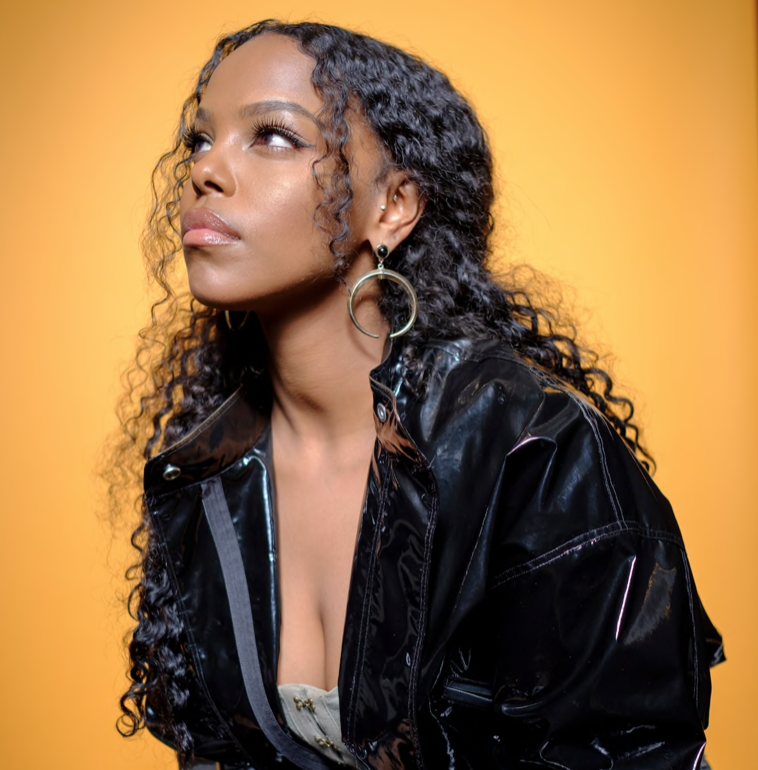 Somali-Canadian R&B artist Amaal grew up in a traditional Muslim household where listening to certain music, let alone making it, was taboo. Infusing her sound with the lyricism of her homeland, she released her EP Black Dove on July 12. (Evan Mitsui/CBC)

The 29-year-old R&B singer, who just goes by the name Amaal, is now on the same record label as The Weeknd, Justin Bieber and Shawn Mendes. So big things are expected of her.

Growing up, Amaal Nuux was not allowed to listen to the type of music she releases now. Her traditional Muslim family considered it taboo.  She says her absence of musical background was a blessing in disguise, helping her develop an authentic sound not hindered by contemporary trends.

Somali-born Amaal, who lives in Toronto, was an independent artist until recently. At a concert in London earlier this month, she recognized some of the fans in the crowd because she had talked to them on social media.

“I had a moment up there; I kind of had tears in my eyes, it was really emotional,” says Amaal. “I got to stay behind and I asked the owner of the club to give us an extra hour and I had a chance to talk with everybody.”

But her soft touch with her fans belies the tough work ethic of a daughter of immigrants, an ethic she says she still applies to everything she does.

“I had it built into [me] that I needed to do whatever it was to excel in whatever way possible.”

Besides conventional mainstream marketing channels, Nuux has utilized social media as an important marketing tool which helped her songs subsequently go viral on YouTube, Facebook and other social networking sites, thus quickly introducing her sound to a global audience. Nuux’s music is diverse, ranging from R&B/ Soul, pop, world, to alternative rock. The diversity is a reflection of her personal belief that an artist should be capable of performing all types of music. Nuux’s vocal style has been described as fine-tuned, with moving melodies and an emphasis on lyricism. Her lyrics range from socially conscious, focusing on matters of interest to global causes, to talking about her upbringing and story.

Early singles by Amaal include “With You”, “Mufasa” and “Words Revealed”.  The latter alone achieved over 200,000 YouTube hits within its first four months of release, and has inspired cover versions by fans. Another fan favorite, “With You”, similar earned over 80,000 views in its first two months; “Mufasa” is considered her most viral song to date with total views and streams accumulated to over 2 million combined.

Finding her own voice

Even from the start, Amaal knew she had to be committed to her craft if she was to pursue music against her parents’ wishes. After her family fled Somalia in the wake of civil war in the early 1990s, Amaal’s family briefly moved to Calgary when she was 15. One of only seven black girls in a school of 1,500, the typically outgoing Amaal felt isolated. But during that time she discovered what would give her strength and confidence for years to come: music.

An Interview With the Somalian Born Singer-Songwriter AMAAL NUUX On New Music, Going Back to Somalia, Favorite Musicians and More!