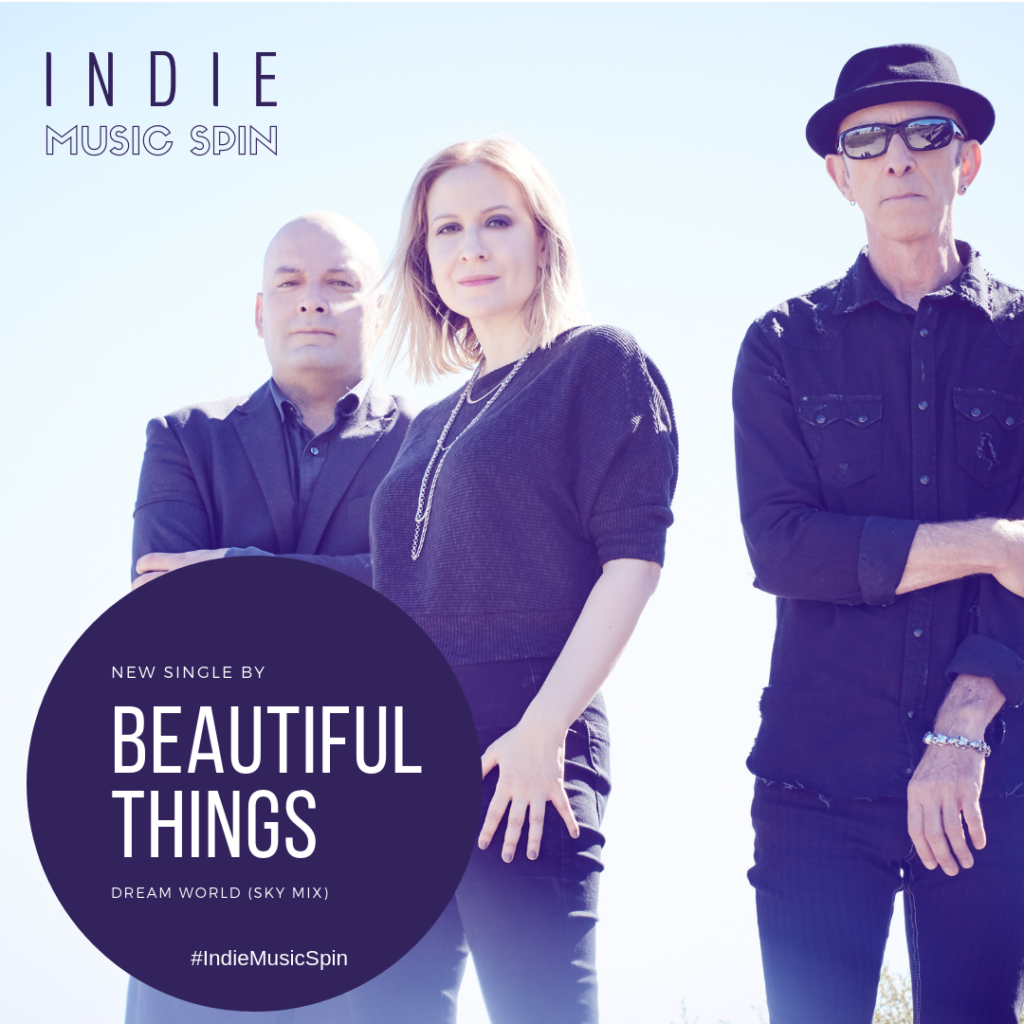 We are an ethereal rock band from So-Cal with the essence of a singer song-writer. We are heavily influenced by 80s alternative rock and pop.

This is a song about betrayal and how it can change you. After it happens to you it’s like you were in a dream as far as your relationship with the betrayer was concerned. The harsh truth of your relationship comes at you quickly when the betrayal is revealed to you and it stings. You lose your innocence and you’re never the same. This ‘Sky Mix’ is a new version of a song that we had originally released ten years ago on our first album. We ended up making changes to the tempo, guitar pattern and sound fx of the original version to enhance its energy when we performed it live.

We thought it would be great to record and release the song again in this new way. We incorporate more electronic elements to our music than we did before. We love to experiment with music technology and this new mix of an older song of ours is an example of the new direction we’re going in.

We are currently recording a new single and will be making a video to promote it.