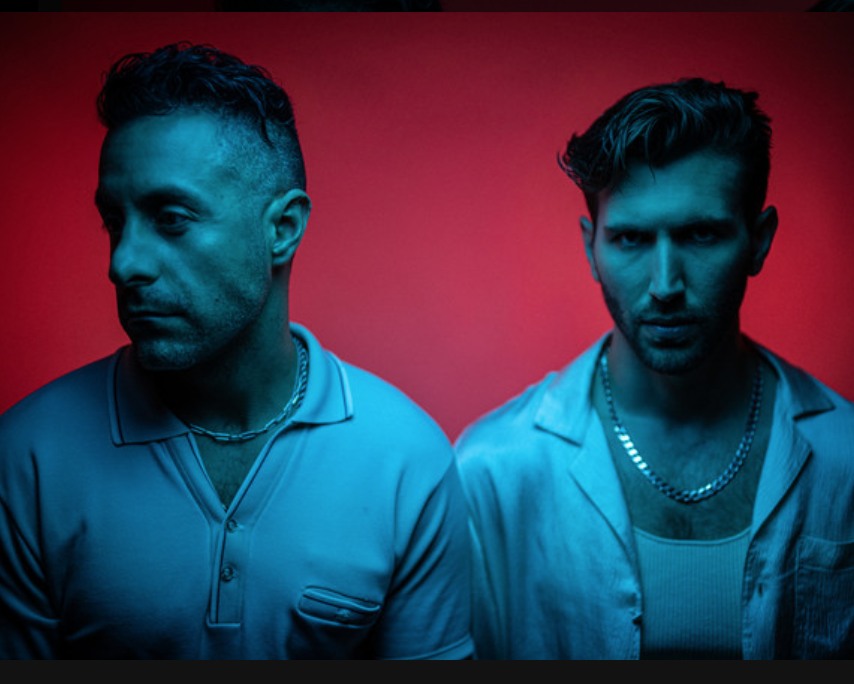 Rock is going through a transitional period with bands infusing popular sounds from mega stars across genres like the Chainsmokers, The Weeknd, Billie Eilish, Drake and Post Malone among many others.

Indie Bands getting in on the trends..

“Trend wise I think rock is headed towards a 2000’s revival with the kind of Machine Gun Kelly/Yungblud scene which is fun. Definitely see it trending away from bands and more towards singers with a mix of traditional rock drums and trap drums on the production side. Obviously that’s more on the pop rock side vs. indie rock, or more heavier stuff. I think market share wise, rock influenced rap/pop will be much larger than actual guitar based like ROCK music. Aside from maybe like imagine dragons if that’s considered rock ? But yeah overall it’s hard to imagine harder rock really going mainstream because of the lack of self irony OR vulnerability that seem to be front and center in listeners priorities these days.”

Dog Trainer, the New York-based band of singer/songwriter/producer Nick Broman (26) and guitarist/songwriter/producer Lucas del Calvo (27), had originally titled their new album “every word is true.” They began work on the record just as the COVID-19 pandemic took hold of America, forcing them to create together in an unprecedented way. Separated by hundreds of miles—Broman working from his NYC apartment and starting every day with Governor Cuomo’s news briefings, and del Calvo working from the basement laundry room of an Airbnb his parents had rented in Vermont—they sent beats back and forth before eventually quarantining together for three months to finish it. The resulting, paradoxically-titled Scrolling to feel better… part one sees Dog Trainer leap beyond their lo-fi origins to their most honest writing and refined self-production to date.

Self-taught 23-year-old Canadian born singer, writer, and producer BAD CHILD is looking to come to terms with his childhood

I never understood who I was, never thought I was good enough, never thought I’d get anywhere. Growing up my family was ethnically diverse. My grandmother was native to Algeria, my grandfather former Yugoslavia. My mother was born in France, my father Canadian. I didn’t quite know where I belonged. My father had this old Hewlett Packard computer with this bootleg copy of fruity loops, I’d spend hours making beats. I couldn’t stop creating. I didn’t start singing until after my mother’s death, it was the only way I could unpack my emotions. I became colder than the winter that she left. I fell in a downward spiral and would eventually have to face the depression that swelled inside. I tried everything I could to numb myself to the pain but it only made it worse. I began filtering my struggle into music, I felt repaired analyzing the things that tore me up. I began constructing a world that I could find solace in. The first song I had ever finished was BADCHILD. I had written and produced it in 3 days and thrown it online. I moved to Toronto not knowing anyone, just on a gut instinct. I lived out of an old rehearsal space with a hot plate and an air mattress, and when the air mattress burst I slept on the floor. BADCHILD took on a different meaning to me. It was about finding redemption in my failures. BADCHILD is about not being good enough, not living up to expectations, it’s about trying to be a better person. http://www.badchildsound.com/

Alt-rock band Mother Mother, has had a whirlwind year

despite the world being on lockdown. After over a decade of releasing music, a new global audience discovered the band via TikTok, resulting in rapid growth across all platforms and a Rolling Stone feature on this unique artist development story.

In November of 2020, the band’s 10-year-old song “Hayloft” was the most searched set of lyrics in the US, and second most searched in the world, and the band have made several appearances on Billboard’s Top 10 Emerging Artists chart. The band currently have millions of followers on TikTok and Spotify and counting. In Mother Mother’s home country of Canada, they’ve had many top 10 singles on the alternative radio charts, including #1’s for weeks on end and the crown of most airplay for any alternative act at radio for multiple years running. The band has also found success on the road; their most recent pre-pandemic tours include sold-out headline dates across North America, selling out the historic Massey Hall in Toronto, Gramercy Theatre in New York, and a record-breaking five consecutive sold-out shows at the Commodore Ballroom in Vancouver (almost 6000 tickets), as well as sold out shows including London, LA, San Francisco, Portland, Seattle, Boston, Santa Ana, Minneapolis, all across Canada, and more. Mother Mother is: Ryan Guldemond: Vocals, Guitar Molly Guldemond: Vocals, Synth Jasmin Parkin: Vocals, Keys Ali Siadat: Drums Mike Young: Bass

He Said/She Said (I Wait) by MONOWHALES @monowhales is inspiring us with their Canadian rock riffs.

Exploding onto the scene with a DIY ethos and an unforgettable live show, MONOWHALES have spent the last three years firmly establishing themselves as one of the most exciting new bands on the Canadian musical landscape. Their debut EP Control Freak, produced by Al-P (Death From Above 1979, Young Empires) and released in the summer of 2018 spawned numerous singles including standout track Take It Back. Countless shows across Canada followed this release, including support slots for K.Flay, Sloan, and Marianas Trench, amongst others. Multiple songs from Control Freak are featured in Netflix’s “Spinning Out” series and CBC drama “Northern Rescue”.

Having been writing and performing new songs while on tour, the band began work with JUNO-award nominated producer Ryan Worsley (Dear Rouge, Brave Shores) in the spring of 2019. The resulting single RWLYD (Really Wanna Let You Down) saw MONOWHALES make history as the only independent, self-managed band to hit #2 on the Mediabase Canada Alternative Rock Chart.

A cross-Canada tour followed the release of RWLYD, with the band stopping off in BC to complete their new album with Worsley. A new single All or Nothing was released in late August, 2020, quickly rising to #7 on the alt rock charts. Third single Out With The Old followed in January 2021, setting the stage for the release of their long anticipated sophomore effort ‘Daytona Bleach’.

Initially embraced as “the Southern Strokes” for their resurrection and reinvention of Dixie-styled rock & roll, Kings of Leon steadily morphed into an experimental rock outfit during the 2000s.

The Tennessee-bred quartet debuted in 2003 with the Holy Roller Novocaine EP, whose blend of raw, unpolished boogie rock was further explored on their debut full-length, Youth & Young Manhood. Such revivalist music was matched by a similarly revivalist appearance — including long hair, mustaches, and tight-fitting denim — and Kings of Leon experienced immediate popularity in the U.K. (where they would later enjoy platinum album sales, despite an initially lukewarm reception at home). As the band explored different sonic textures with subsequent releases, most notably on 2007’s Because of the Times and 2008’s Only by the Night, those tenuous links to the Strokes

The duo relocated from Toronto to Austin, Texas shortly after forming, and released their eponymous full-length debut via Rifle Bird Records in 2011. Big Beat ’59 arrived the following year, and the band made a huge splash at the 2013 SXSW music conference, drawing comparisons to bands like the Black Keys, the White Stripes, and Band of Skulls, with the Huffington Post declaring them the “next big thing”.

Among hundreds of high-profile syncs, their music appeared in the NETFLIX blockbuster 6 Underground, in addition to soundtracking campaigns for Jeep, NBA, and many more.

Featured on This playlist: