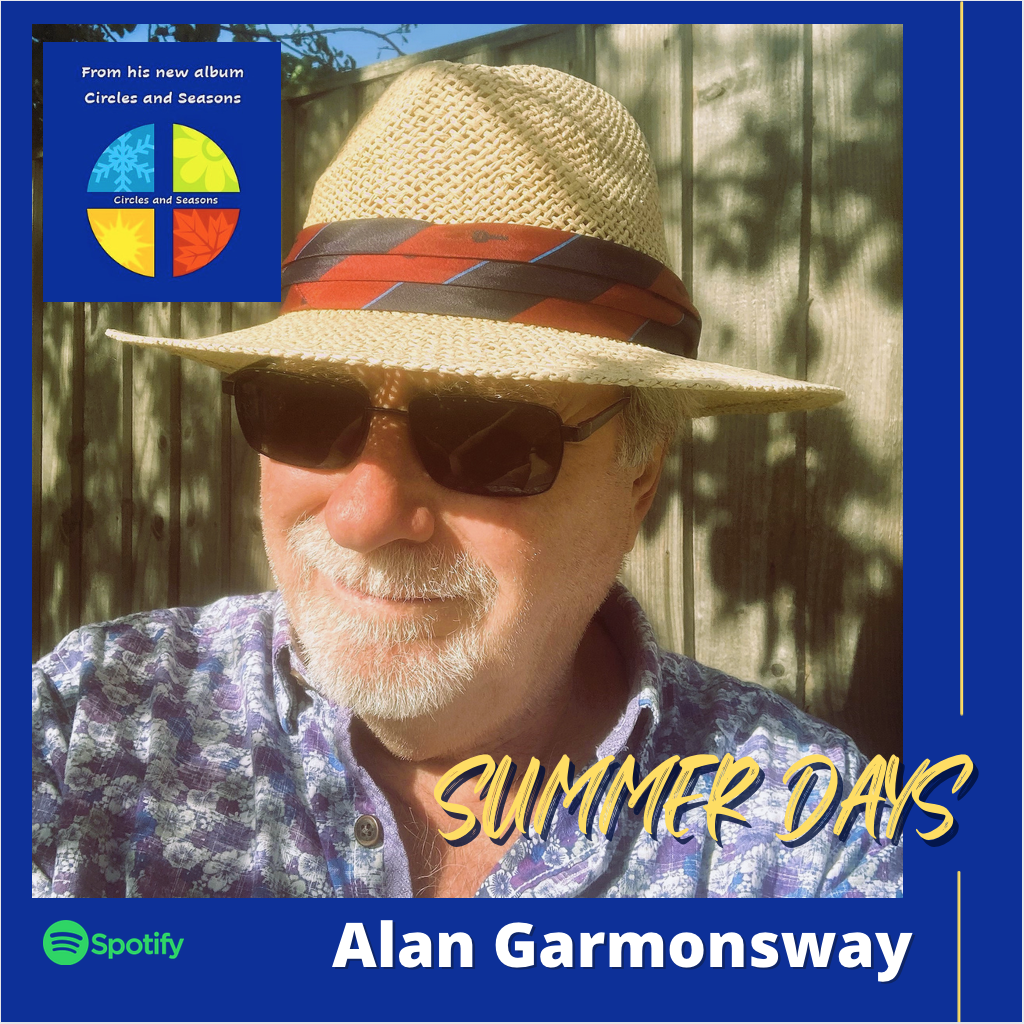 Alan Garmonsway’s Forthcoming album ‘Seasons and Circles’ is here and we have all the tracks ready for you to browse.

The new Alan Garmonsway album ‘Seasons and Circles’ reflects on how time seems to go faster as you get older.

My Summer Days in my teens seemed to stretch out forever, but now they seem to go in the blink of an eye! I’ll be releasing another couple from the album this year – Autumn Red and Winter Nation, which will give you a bit of a clue regarding the timing of releases!

Some musical influences lie dormant for years and then burst out onto the daylight! When I wrote the basics of ‘Summer Days’, I went into the studio, summers of the late 60’s unfolded – all these latent influences of songs from my early teens listening to Pirate Radio and the like. The song just seemed to tell me what it wanted, so I followed the vibe with the sound and arrangements.

Running it by some of my song writing colleagues, I received comments like ‘What a bright and happy song. Love the harmonies, it just made me smile’ and ‘Really enjoyed this. Very strong 60s summery feel. A little bit Ray Davies, a little bit Syd Barrett and a little bit Sgt Pepper era Beatles’. It’s great to get feedback like this from fellow songwriters and makes all the effort worthwhile.

I write the basic song either on piano or guitar, then usually get a particular arrangement or style in mind as a starter for the studio. Then see where it takes me! Over the past couple of years I’ve also worked hard on the more technical side of sound production and arrangement, so everything you hear is usually entirely done myself. The only thing I don’t touch is mastering – that is a particular skill where I collaborate with a longstanding colleague in the industry.

I come from a family of multi-instrumentalist musicians, so the house was always full of everything from pianos and guitars to cellos and saxophones! I gravitated to the former and played in both rock and acoustic bands. I was writing a lot of songs, so decided to try my hand at recording them. I generally use keyboards, acoustic 6 and 12 strings, bass, drum pads as well as vocals, and that’s led me to where I am today – happily producing my own songs for the World to hear!

More from this artists <here>