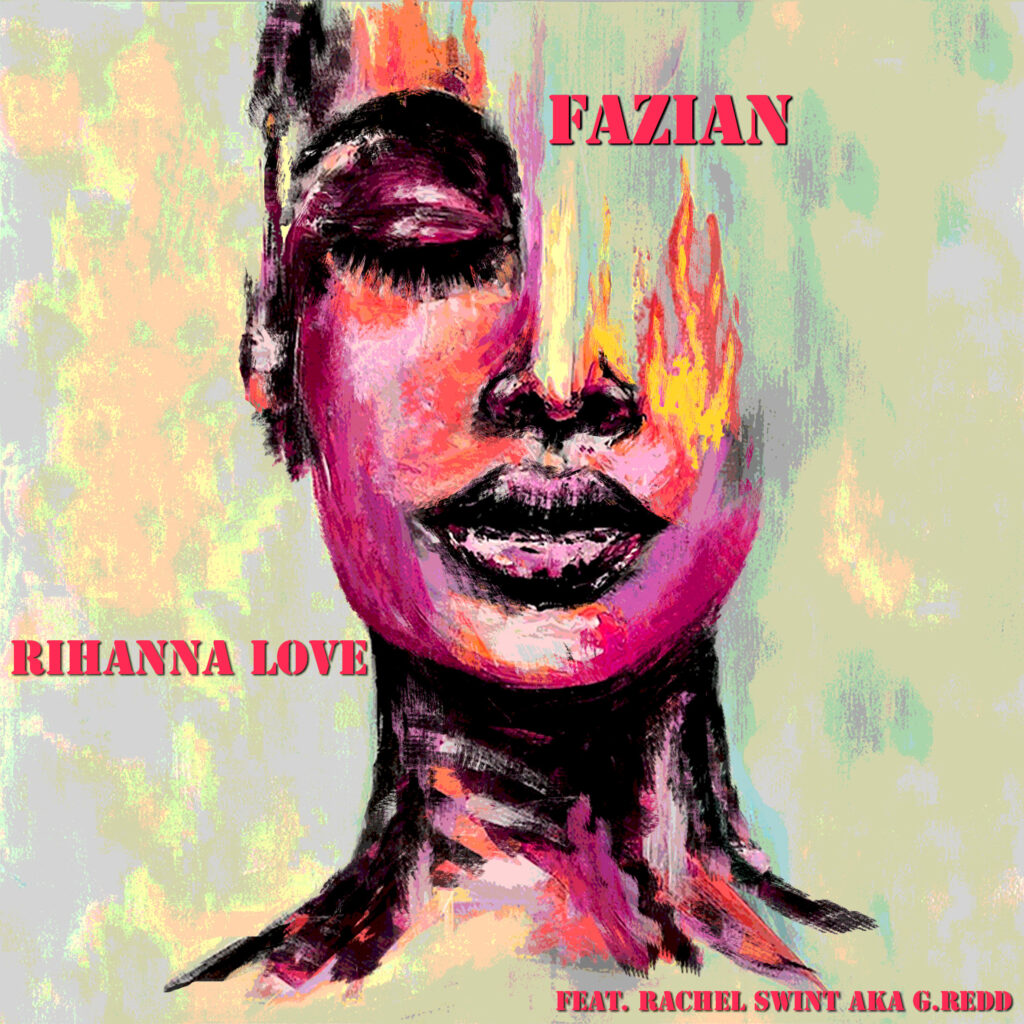 The new single from FAZIAN “Rihanna Love” deals with a kind of divide that people have between the public and private life of someone, the artist, and his real life.

As an artist myself, I like this wild and feline part of the Pop singer Robyn “Rihanna” Fenty that inspired me to create “Rihanna Love.” The young and talented female Rap artist Rachel Swint, based in Georgia (USA), was asked to make a nervous and very original hip hop flow in the second part of the song. It worked out perfectly.

Read more about the artist. <here>

FAZIAN alias Thierry Nicolas Phazian is a multidisciplinary artist creating for over 15 years as a musician, songwriter, singer, as well as a visual artist in the contemporary visual arts, for whom his two areas of artistic expression music and visual arts function as two sides of the same medal that nourish his identity and personality of the artist.

My previous single, “Fast & Hard, Fast & Furious” released last summer, was dealing with the struggle and the speed of life, with the fiction part, of course.
My new single “Rihanna Love” deals with a kind of difference that people are supposed to make between the public and private lives of someone, the artist, and his real life.
In another way, as an artist myself, I like this wild and feline part of the Pop singer Robyn “Rihanna” Fenty that inspired me this single.

Except for my current single, “Rihanna Love”, I’m also focusing on the songs and singles that I will release in the next few months. I’m also preparing self-produced music videos that will be broadcasting with the next songs with an independent director. As an independent artist, I’m also recording and writing a new album titled “Music is not Dead” which will be my third album. My previous albums were released in 2012 and 2017, respectively titled “Wonderland in the Caribbean” and “Get Me In Your Mind”.