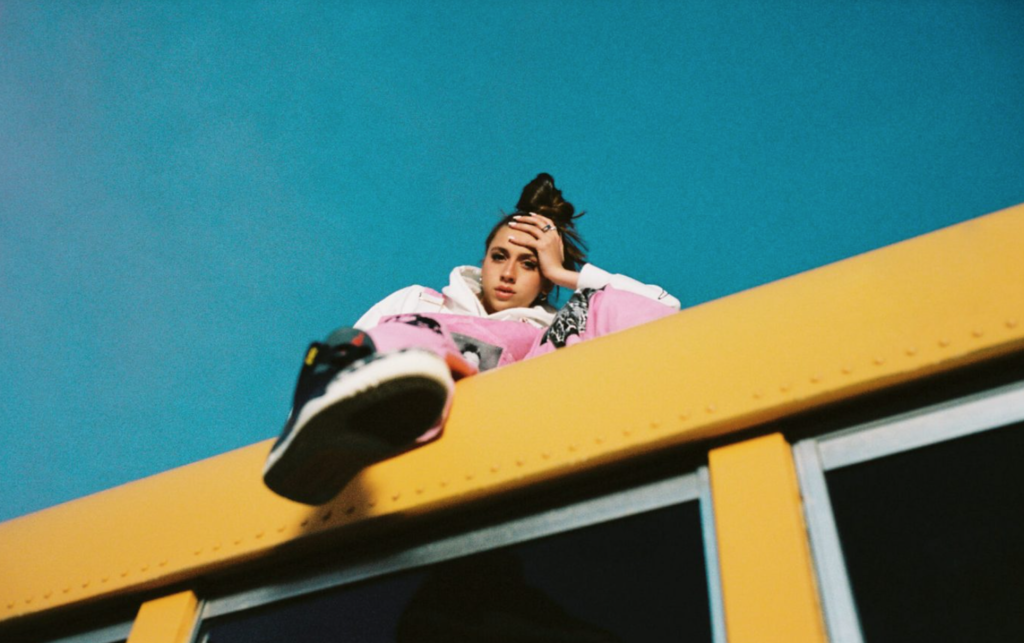 Tate McRae caught the attention of RCA Records in 2019 after her original song “One Day” (2017) went viral on YouTube, subsequently releasing her debut EP, All the Things I Never Said, in January 2020.

“I’m super excited to be releasing my new single and signing to a label,” says McRae.

“This whole process of me releasing music started in my bedroom and now I am recording in a studio—it’s crazy!  It’s been a lot of hard work, multiple hours in the studio and now it’s finally getting released to the world.  I hope everyone loves this song as much as I do.”

Tate launched her YouTube channel and her “Create with Tate” music series where she has been consistently releasing original music, chats about songwriting and personal vibes (here).

She has gained over 1.7 million subscribers and 130 million video views and continues to add over 50k new subscribers every month.

After living in Oman until she was 6 years old, she made a name for herself as a competitive dancer placing second runner up on Season 13 of the FOX series So You Think You Can Dance.

The merits included the “The Best Dancer” honor three times at the Dance Awards, and then exploded after hitting the stage for performances on Ellen, The Teen Choice Awards and beyond. Not to mention, she lent her voice to Netflix’s animated Lalaloopsy in the role of Spot Splatter Splash.

Her debut EP, All the Things I Never Said, was released in January 2020. The EP collects a few personal songs alongside a couple new ones co-written by Billie Eilish.

The release of the singles ‘Tear Myself Apart’ (co-written by Eilish and her songwriter partner and brother Finneas) and ‘All My Friends Are Fake’, while she has also enjoyed recent viral success with the song ‘Stupid’. (unofficial video released in Nov 29, 2019- 1.6 million views)

McRae gave her performance in London, delivering a slickly choreographed rendition of her viral single ‘You Broke Me First’. That song was released back in April, following on from the January release of her debut EP ‘All The Things I Never Said’.

More about this artist: