The Collection ‘Won’t Stop Yet’ brings butterflies to cloudy skys 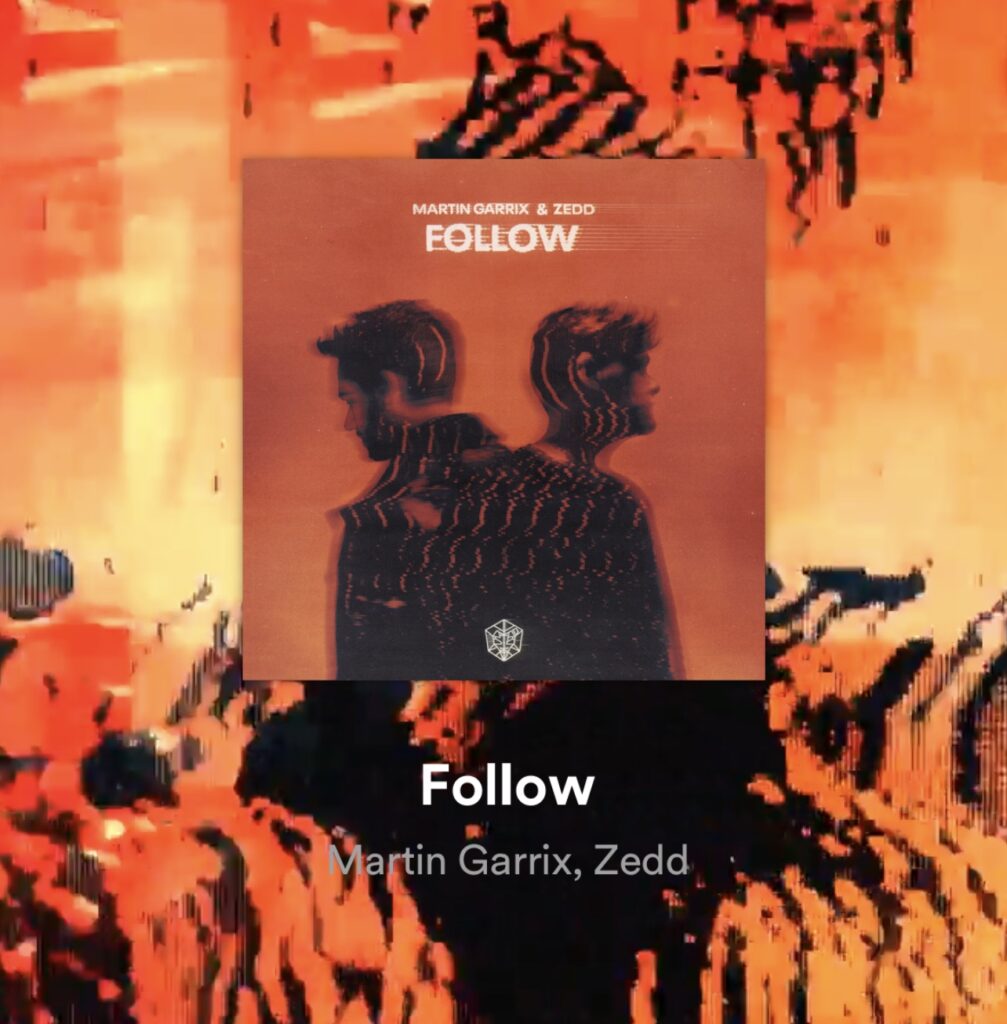 From Zedd clock ticking sound to those tiny unmistakable details that make this music uniquely branded, Garrix, ‘Follow’ has that nostalgic old electro style that brings me way back to 2012.

The melody, the drop, the vocals, the soft and hard transitions listening to ‘Follow’ by Martin Garrix and Zedd is inspiring.

It’s as if everything they have done up to this pint is interconnected here creating a masterpiece that return us back to how we first heard Zedd.

Follow’ is a true club banger and marks the perfect start of the ’22 festival season, while also setting the tone for what Garrix will have in store this year. The thumping track pays homage to both Garrix and Zedd’s signature sounds while also allowing for sultry vocals from singer-songwriter Emily Warren halfway through.

Martin Garrix is currently touring across 17 countries and has 29 upcoming concerts. Garrix played the track in his Ultra Miami Mainstage on Fri, Mar 25th, as the track will surely be a staple track in his sets for the shows to come, while Zedd will treat his audience at Beyond Wonderland with a live spin to celebrate the release.

I discovered Martin’s music from a popular song called Animals and I never would have thought to pair these two DJS together but this just proves that great things come from the most unusual combinations.

This gave me such nostalgic vibes, like hearing that first EDM song in high school that hooks you.

Apparently Zedd and Martin have been friends for over 10 years according to a pinned comment by Garrix on the official video.

According to the fans, ‘Follow’ is an unusual project and doesn’t sound like typical 2022 electronic music coming out today but that’s exactly what makes it so special. This tracks brings us all back to the golden days of EDM.

“Bringing in the vocals in the MIDDLE of the song created a significantly unique change of pace. I honestly wasn’t even expecting it, and when it happened it added some wonderful melodic atmosphere…. when the vocalist starts hitting the “whenever it starts” line and gets all breathy, I got actual_fucking_chills man. This is an absolutely dope track.”