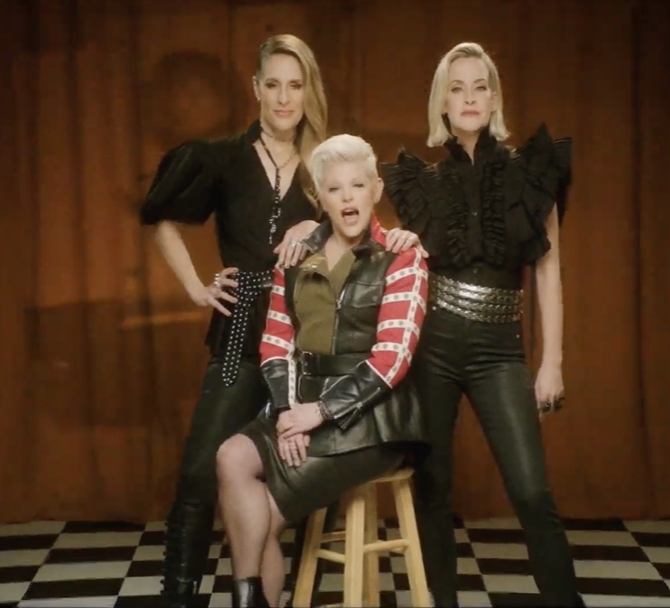 After a long, long hiatus, the Dixie Chicks are finally back. The country-pop trio have released “Gaslighter,” the lead single from their upcoming album of the same name, and their first since 2006.

Co-written with and produced by Jack Antonoff, “Gaslighter” is a fiery anthem inspired by divorce, particularly Natalie Maines’ prolonged legal battle to separate from her ex-husband. “Gaslighter/Denier/Doing anything to get your ass farther,” the Chicks belt out on the chorus. “Gaslighter/Big-timer/Repeating all of the mistakes of your father.”

The video, directed by Seanne Farmer, sees the Chicks wearing military outfits on television, cut together with archival clips of old Hollywood performances, Coney Island getaways, and other images of vintage Americana.

Gaslighter, out May 1st, will be the follow-up to the Dixie Chicks’ Grammy-winning 2006 album, Taking the Long Way. In 2016, the group embarked on a stadium comeback tour, and this past December they performed at Antonoff’s Ally Coalition benefit concert in New York.