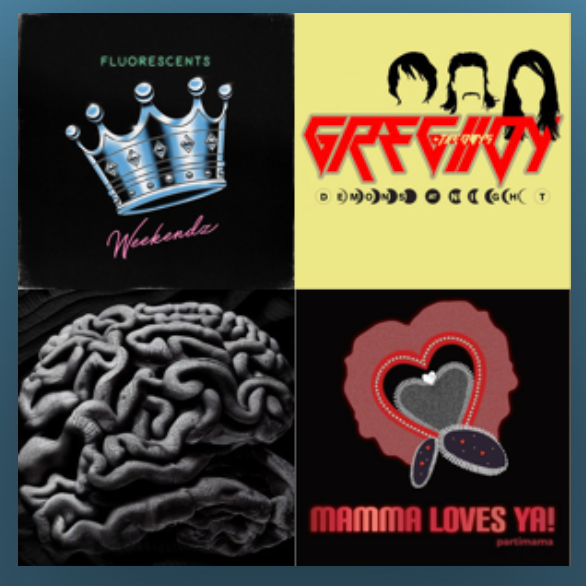 Indie music is all about being innovative, so it’s no surprise that it’s one of the fastest growing genres of music.

The indie music scene has grown and changed over the last few years. The new sound of indie is full of innovation, while the rise of the garage and living room studio means artists can now create high-quality recordings without spending a fortune or having access to expensive studios.

For those who want to be part of this exciting change in independent music, here’s all you need to know about the trends that will shape the next decade. These artists are creating quality music that you’ll love. Follow their profiles and start experiencing what they have to offer.

Similar artists: A Day To Remember, The Story So Far, Chunk! No Captain, Chunk!

“This is by far the wildest song we’ve ever done. Enjoy! “Weekends pushes the boundary between modern pop-punk & rock! It’s heavy, catchy and uses a good mix of modern and classic production techniques to really breathe life into the songs mix. Weekends should appeal to pop-punk & rock fans! An independent Pop-Punk band out of Chicago with a DIY spirit! We push the boundaries of Pop-Punk with every release! New music dropping throughout all of 2022!

Ashes and Arrows – The Crown

From the mountains of Asheville, North Carolina to the peaks of Arrowtown, New Zealand Ashes & Arrows are taking the music scene by storm with their strong vocals, thoughtful lyrics, and on-stage charisma. Drawing inspiration from NEEDTODBREATH, Ed Sheeran, Jason Isbel, and Patrick Droney, Ashes & Arrows write their songs in a unique and authentically original form. While stuck at individual musical crossroads, the lads met at an open mic in downtown Asheville in 2021 and immediately regained their joy and inspiration to write and perform music with the feeling of their first individual performances.

Music Genre: Rock Vibe: Fun, energetic, loud
Located in: East Bay, California
Sounds like: Van Halen, Cheap Trick, Motley Crue, Poison
Greg Hoy & The Boys has smashed it out of the park with an 80’s rock anthem that pull influences from greats like Cheap Trick, Poison, and Van Halen. I love the energy and nostalgic feel of this release. This song is a reminder of the amazing harmonies and spectacular guitars classic rock always brought to the table. They have brought something special to us while honouring the genre with a well produced classic.

Music Genre: Alt-Pop
Vibe: Dark, Sad, Spooky
Located in: Brooklyn
Sounds like: “Billie Eilish”, Early “Aurora”, “Son Lux” (all of these are a little loose, I’m still having trouble finding similar artists to compare myself to)

“This single has a strong connect with that Billie Eilish style. I love the vibe and felt that the artist demonstrated something special on this track. It very interesting to listen to with those creepy layers that almost become a harmony supporting the main vocal like a soft wind. It’s that suspension that gives the track tension and texture. I think it’s a sound that fits todays indie alternative very well. “

Radio Love Song is a fun, danceable homage to great music through the years. Turning on the radio to get ready to go out or cranking the radio in the car with our friends or on a date. This track is a celebration of love for the rock on the radio. It’s a radio love song. Marc Killian is a multi-instrumentalist, singer-songwriter, and award-winning musician/producer from North Carolina.

Turncoat is an artist who grew up in the Northeast listening to The Black Eyed Peas, AC/DC, and Slim Shady on his hand-me-down walkman. Later on in life he fell in love with the lyrical prowess of Jay-Z, Kendrick Lamar, J. Cole, and Drake. Turncoat’s unequivocal admiration for the rap genre has inspired him to pursue his own creative projects. He’s been writing rap songs for several years and has recently dropped his first official EP in 2022 titled “No God On Cap.” “Thank you so much for taking the time to listen! This track displays my capabilities as a writer to create a catchy hook and an intriguing verse. Hope you enjoy and any feedback is appreciated!”

Music Genre: Pop/Dance
Vibe: 90s disco vibe with modern house influences
Located in: Melbourne, Victoria, Australia
Sounds like:  lady gaga, Lizzo
Partimama is an Australian Pop/Dance Act that has released a great, celebratory anthemic, upbeat song called Mamma Loves Ya. It has disco and house elements and even 90s influences. The song has a strong, empowering message about acceptance and unity and appeals to all genders and demographics with a strong connection to LGBTQ. It has pure substance and affirmation giving the listener something special to take away with them and it is all delivered with an infectious vocal performance.

Released by: JMK Records
Genre: Commercial, Adult Contemporary
After playing and singing in different bands for over 15 years now,  Julian Elda releases his first ever single as a Solo-Artist (Release-Date 04.11.2022) The song is about a very personal topic. In today’s world, everyone and everything is expected to be perfect, mainly driven by social media. Instagram shows you, how your life has to be and many people get hit hard by the fact that their life is not as perfect as shown on social media (it also happened to me). Meanwhile, most of the “influencers” and other people only showing the good sides and success stories of life often have more problems than other people. In the end, the truth is that imperfection is one of the most human traits anyone can have and in fact it is one of the things that actually makes us human. Failing is part of the process of achieving the things you want.

This song is dedicated to the thousands of civilians and children killed, those forced to leave their country for survival, and to the brave men and women fighting to protect their freedoms.  Listening to her delivery of the words in this song gave me chills. It’s elegant and fragile with such a lovely musical accompaniment. It’s as if Abby took a piece of a time past and dropped it in 2022. Thank you for creating this amazing song. It’s a treasure.

Billy Yost – Someone Tape the Hockey Fights For Me

Released by: BIG LIE Records
Genre: Indie Folk, Lo-fi Rock, Emo
Similar artists: sparklehorse, elliott smith, nick drake
A lofi-acoustic anthem about wanting to make yourself better for someone but slowly losing your mind. Billy Yost is the leader of Chicago-based The Kickback as well as a producer and songwriter under his own name and alias Billy Ghost. He released Buddy Palace, his first EP of acoustic solo material, in October of 2022. Other than tracking acoustic guitars at Steve Albini’s Electrical Audio studios in Chicago, Yost handled the rest of engineering, mixing, and production himself at his home in Chicago’s Bucktown neighborhood. The lofi recording production is inspired by works from Elliott Smith, Sparklehorse, Nick Drake, and a bonus track from blink-182’s 2001 album Take Off Your Pants And Jacket, unfortunately.

Released by: HAPPY ACCIDENT RECORDS.
Genre: Adult Contemporary, Pop Rock, Indie Rock
Similar artists: Sam Fender
A Sam Fender inspired anthemic tune that focuses on the things that unite us all around the world; we all have fears, insecurities and ultimately, we want a place to fit in where we feel at home. The song builds from just a vocal and piano to soaring guitars, choral vocals and a drum pattern that is guaranteed to have the whole crowd on their feet!